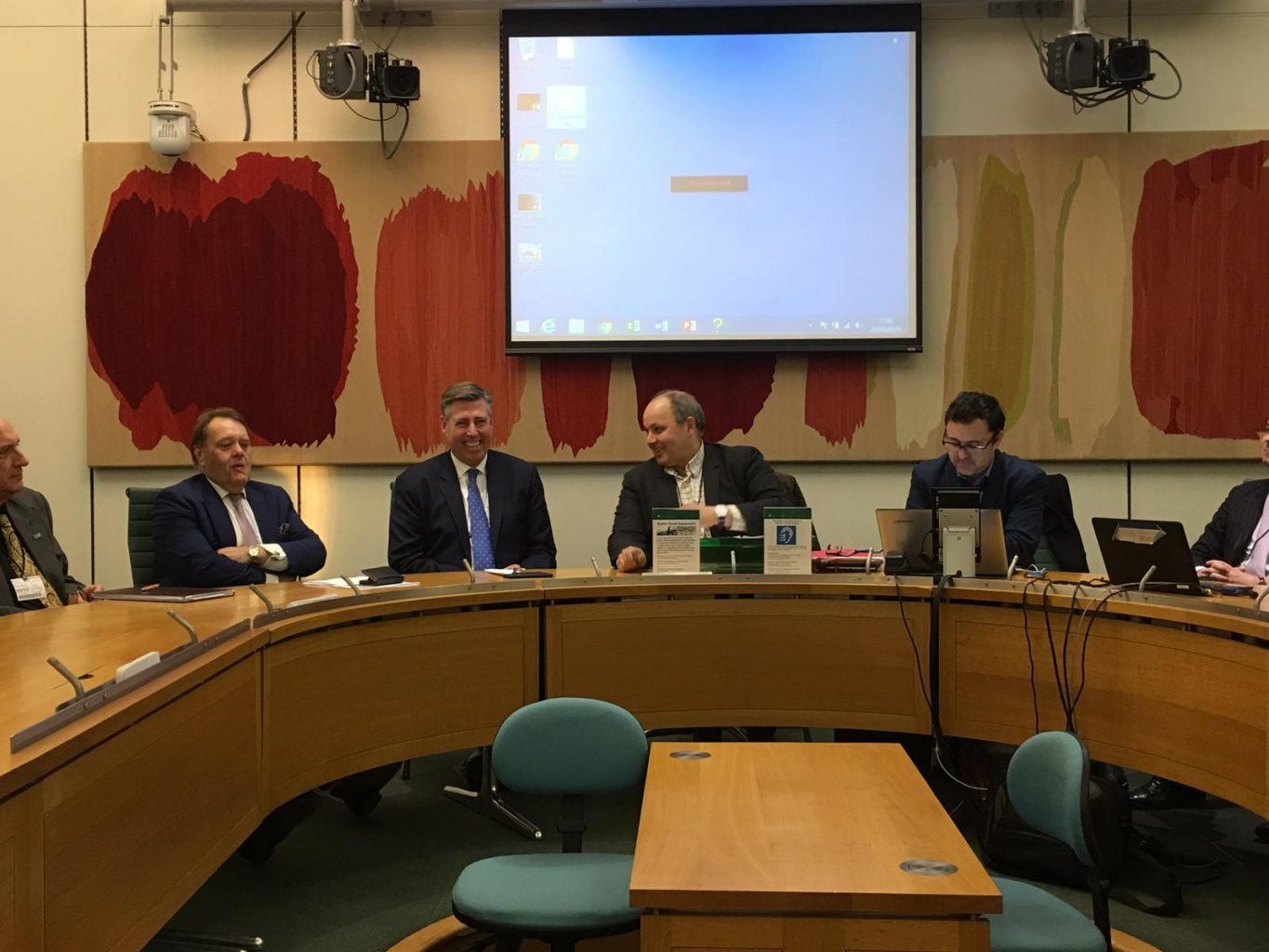 The Chairman of the Conservative backbench 1922 Committee has told a meeting of the Centre for Opposition Studies that he thinks an early general election is now “less likely” following the defection of 11 MPs from the Labour and Conservative parties to form The Independent Group.

The Centre hosted “In Conversation with Sir Graham Brady MP” this week in Westminster, with over 60 people attending, including other senior MPs, civil servants and academics. Chaired by our Director Professor Mohammed Abdel-Haq, the event featured a substantial number of questions on Brexit and the ongoing turmoil in Westminster over the government’s attempts to win support. Sir Graham was asked if he believed an early election was a likely outcome to break the deadlock, and responded that the defection of eight Labour MPs vehemently opposed to Jeremy Corbyn made that opposition prospect less likely, given they would not wish to see the Labour leader enter number 10. He also commented that he had no indication that Prime Minister Theresa May intended to stand down in the immediate aftermath post-EU departure. Having chaired the 1922 Committee since 2010, Sir Graham Brady has played a significant role in managing the often complicated relationship between the Conservative Party’s MPs and the leadership. He remarked that he still sees the role of the Committee as a “critical friend” of the leader, providing an internal channel for communicating dissent and making known the views of MPs outside the government. He was the centre of intense speculation last December as the person who oversaw the process by which Theresa May faced a vote of no-confidence from inside her party. Commenting on his relationship with the Prime Minister, Sir Graham described how he faces a challenge in balancing his role in communicating the views of all backbenchers with expressing his own views. He added that his meetings with Theresa May were rather more formal than those with her predecessor David Cameron, who often used to kick-off his shoes and put his feet up on his desk. In contrast, Mrs May conducts their meetings over a pot of tea. Brady said of the parliamentary Conservative Party that despite the strains of conflicting views over Brexit, “90% of us agree on 90% of issues”. On the wider political system, he commented that all parties should be broad churches and that he preferred a system in which parties sought agreement on a common platform before an election, rather than a more fractured party system where negotiations took place after people had voted.

The event was the latest in a series of seminars the Centre for Opposition Studies has organised with leading UK politicians from across the parties in recent years, including Sir Vince Cable MP, Neil Kinnock, Baroness Royall and Phillip Lee MP.