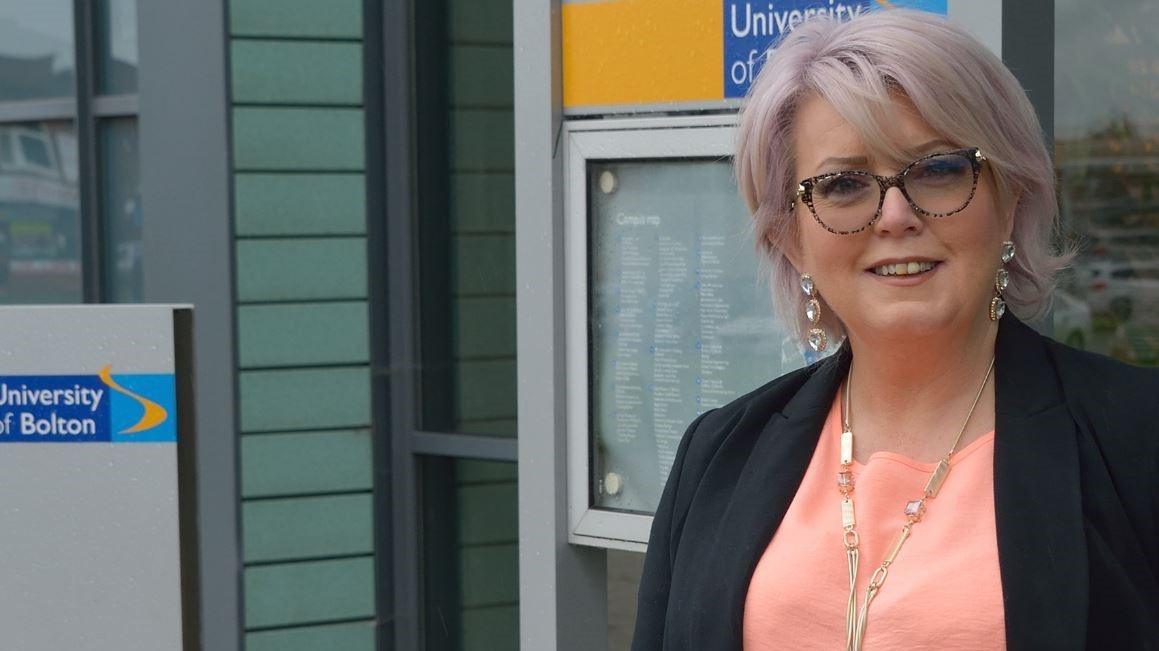 Baroness Helen Newlove has been appointed Pro-Vice-Chancellor of the University of Bolton.

Baroness Newlove was thrust into the public eye in 2007 in the most horrific circumstances when her husband Garry, aged 47, was beaten to death outside their home in Warrington by a gang of youths who had been drinking under-age.

In 2010, she was given a peerage and took up her seat in the House of Lords as a Conservative in July, when she was introduced as Baroness Newlove of Warrington in the County of Cheshire.
Bolton has been part of her life for many years as she was involved with the Bolton Lads and Girls Club and is now delighted to be part of the University of Bolton.

She said: “It is clear that the University of Bolton is like a family. The teaching staff are amazing and are passionate about helping the students to learn. There is incredible diversity here, along with an inclusive approach which I really like. I am very honoured to have the title of Pro-Vice-Chancellor of this university. We need to celebrate the talent of the North of England. I am passionate about boosting the Northern Powerhouse and an institution like the University of Bolton is absolutely key in helping with that.” Baroness Newlove added: “It is telling that there are many students who were successful here who then come back and teach.”

The University of Bolton was named number one in Greater Manchester for Student Satisfaction in the 2019 National Student Survey for the third year in a row. Baroness Newlove believes this is vitally important, “student satisfaction is crucial to me. We have to inspire young people and knowing that they are enjoying their studies here at Bolton and are being cared for and encouraged is wonderful. Everyone deserves the chance to succeed and better themselves and the University of Bolton is offering that opportunity. Bolton has a lot to offer.”