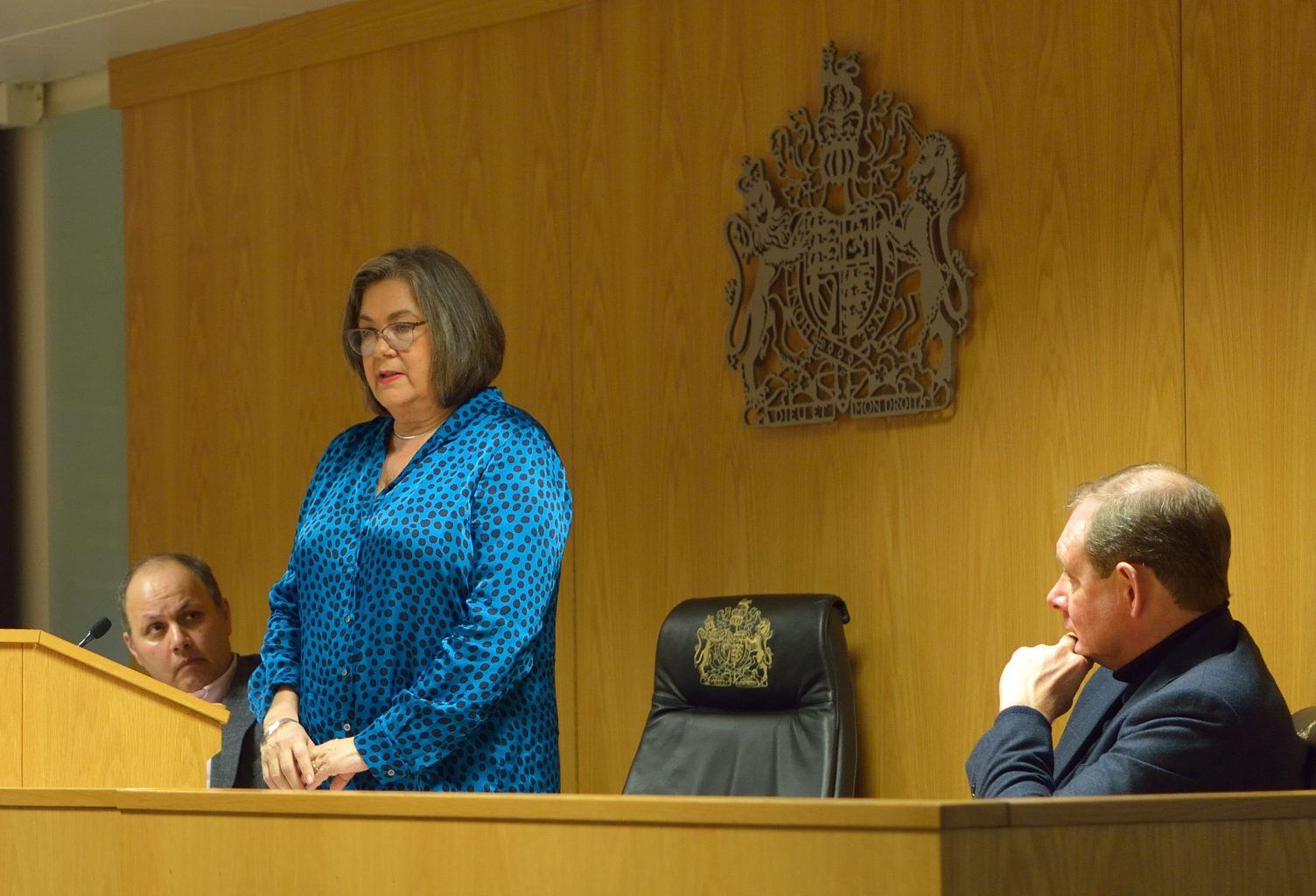 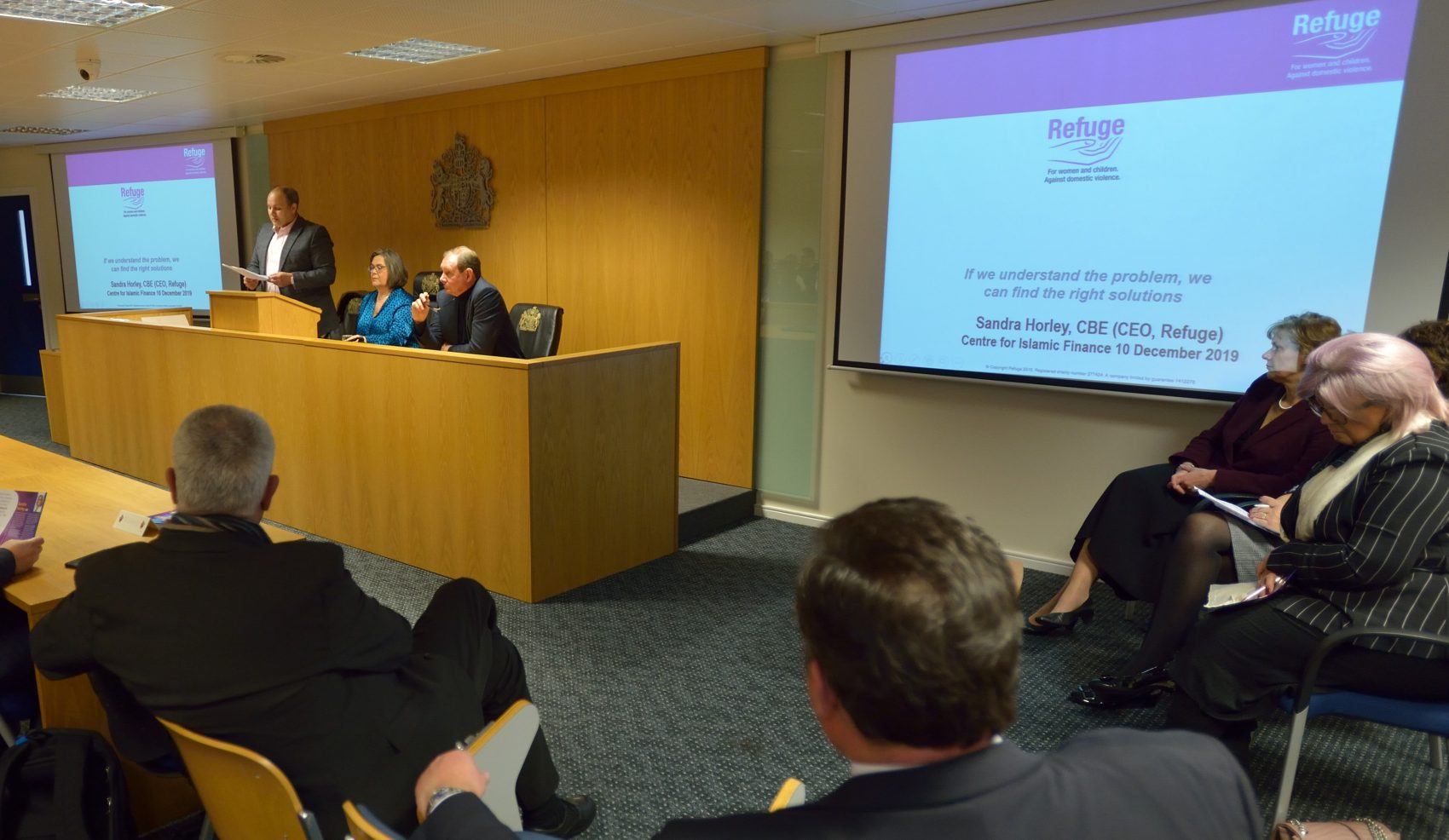 The Chief Executive of a national charity that helps victims of domestic violence gave a guest lecture at the University of Bolton.

Sandra Horley, CBE, who heads the organisation Refuge, spoke on the subject of ‘Domestic Violence in the UK’, at the invitation of the university’s Centre for Islamic Finance.

Refuge was the world’s first shelter, founded in London in 1971, for women and children escaping domestic violence.

Sandra, who has been CEO of the organisation for more than 35 years, told a sold-out audience that domestic violence affected all sections of society.

She said: “There are no boundaries. Domestic violence affects every faith, every race, rich or poor, every nation and every corner of every nation.”

She added that domestic violence took a huge toll on women and children and that the scale of the problem was huge.

“Police receive a call relating to domestic violence on average every 30 seconds in the UK,” she said.

“Many women are left with no money, nowhere to go and no one to turn to. No wonder they don’t leave.

“It is important to understand that the moment of leaving is the most dangerous time for any woman and it is a gender issue. Of course, some men are affected, but most domestic violence is from men against women. It is also important to stress that because we support women does not mean we are anti-men.”

Psychological abuse and coercive control are the most common forms of abuse, she said.

She added that domestic violence also came at a huge cost to the British economy. The bill each year for England and Wales alone amounts to a staggering £66 billion.

Sandra said: “The cost to the economy is enormous. The physical and emotional harm leads to time off work and damage to the economy in that way, as well as the costs of health services, the police and so on.

“Refuge supports 6,500 women, children and men every day. One figure that stands out is that 62 per cent of those we help report an end to all abuse.”

Sandra concluded: “Violence against women is unacceptable. We all have a role to play in eliminating sexism and gender inequality in society.”

Sandra was born in Canada and has 40 years of experience designing, managing and delivering support services to women and children experiencing domestic violence, rape and sexual assault, forced marriage and violence, forced prostitution and human trafficking.

She has played a pivotal role in raising the UK Government’s awareness of domestic violence and lobbied for a change in policy and legislation.

Professor George E Holmes DL, President and Vice-Chancellor of the University of Bolton, thanked Sandra for delivering the lecture and said the data she had quoted was “shocking”.

He said: “Thank you for illuminating such an important issue and sharing your insight.”