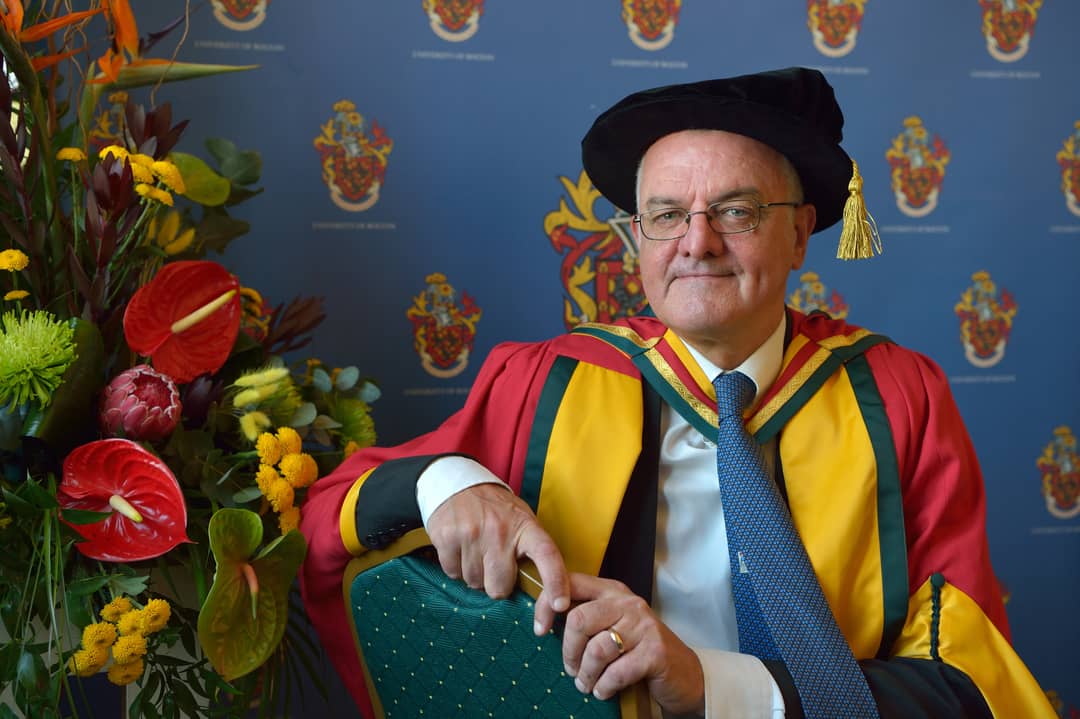 Bill Dawson was made a Doctor of the university on Tuesday for his outstanding contribution to the community. Bill, who is also a Trustee of the Bolton Wanderers Community Trust which runs projects for disadvantaged groups across the town, has been prominent in the UK’s accounting and finance industry for more than 30 years. He played a key part in successfully developing and leading the University of Bolton’s Institute of Management (IoM) and worked hard behind the scenes to implement the merger between Bolton College and the university last summer. He had worked for Deloitte, where he became a partner in 1999 and held positions including National Head of Insolvency, Regional Head of UK Corporate Finance and a Vice-Chair of the firm.

When he retired in 2017, he decided to commit time to the Bolton community and initially joined the University of Bolton on a three-day per week secondment to help lead the merger with the college. Progressing from his position as Executive Director of Special Projects, he was then appointed Director of the IoM in 2017.

He also led the transaction bringing the Anderton Centre into the university group, is Chair of the Anderton Board of Trustees and a Trustee Board member of Alliance Learning.

After receiving his honorary doctorate at the University of Bolton graduation ceremony, Bill said: “This really means a lot to me and it is thanks to the support I have received from my family and all the people in the various charities and organisations I am involved with.”