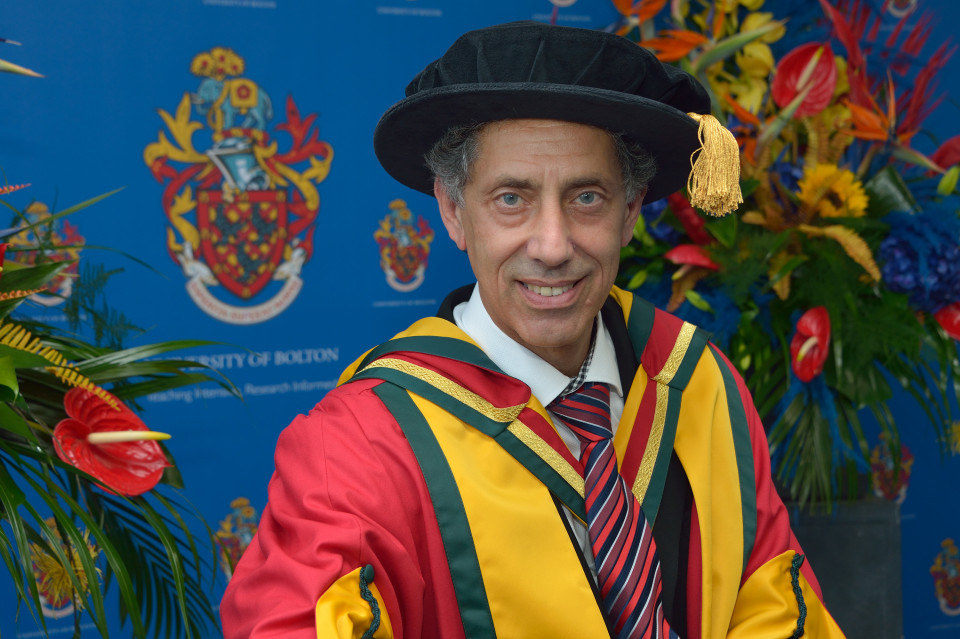 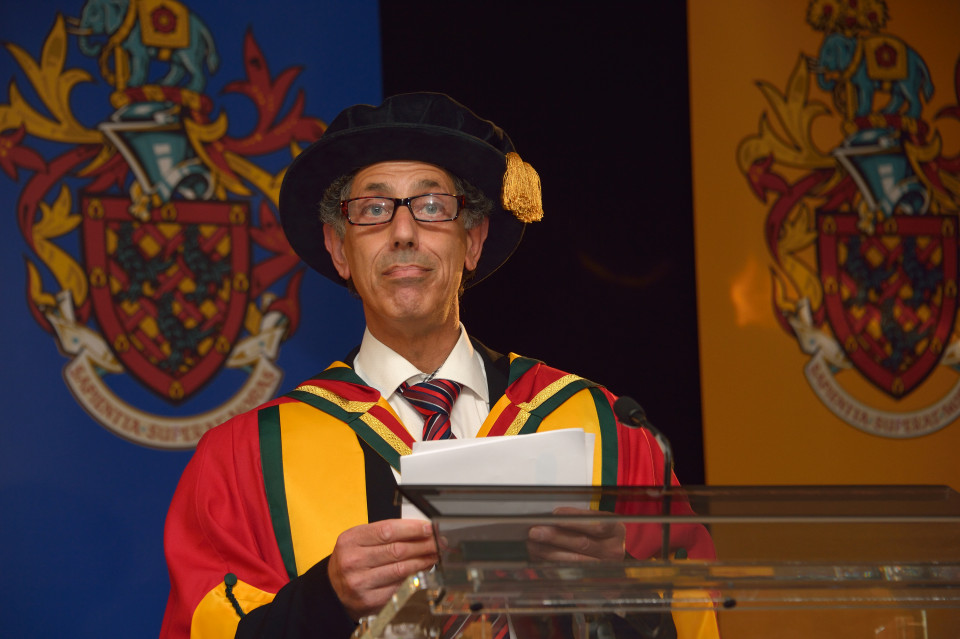 The owner of one of the most popular and well-known restaurants in Bolton received an honorary doctorate from the University of Bolton.

Hard-working Bolton businessman Tasos Pattichis, who has owned the Olympus Fish and Chip Restaurant in the town centre for 30 years, was awarded a Doctor of the University for his outstanding contribution to the Town of Bolton by University Pro Vice-Chancellor Baroness Helen Newlove.

He said: “I am absolutely overwhelmed. I have always been passionate about this town, and this is a wonderful moment for me.”

Mr Pattichis received the Honorary Doctorate in a unique Covid-secure ceremony which was filmed for a special movie documenting this year’s innovative ‘Alternative Graduation’.

Mr Pattichis was born in Cyprus and was keen to run his own business, with an ambition to follow in the footsteps of his parents, who were also in the hospitality trade.

He first set up a small takeaway in 1987. Over the years, he bought and restored more shops, and transformed Olympus, based in Great Moor Street, into the substantial, well-regarded restaurant it is today.

His parents retired in 1999 and before that, they ran Smokey Joe’s Temperance Bar and The Olympus Grill in Churchgate. Over the years, Mr Pattichis has tried inventive ways to increase footfall in Bolton’s high street.

He organised bus trips from as far afield as Birmingham, giving people the chance to visit Bolton Market before eating a meal at his restaurant.

This inspired him to launch Tasos’ Tours, which offers trip packages to scenic destinations such as Skipton, Llandudno, and Chester.

He said: “Since I opened my restaurant in 1988, I aimed to follow my parents’ example. Many of my customers over the years have become lifelong friends.

“It has not all been plain sailing, but you should never give up. Look to the future and think positively. I wish you all the happiness for the future.”