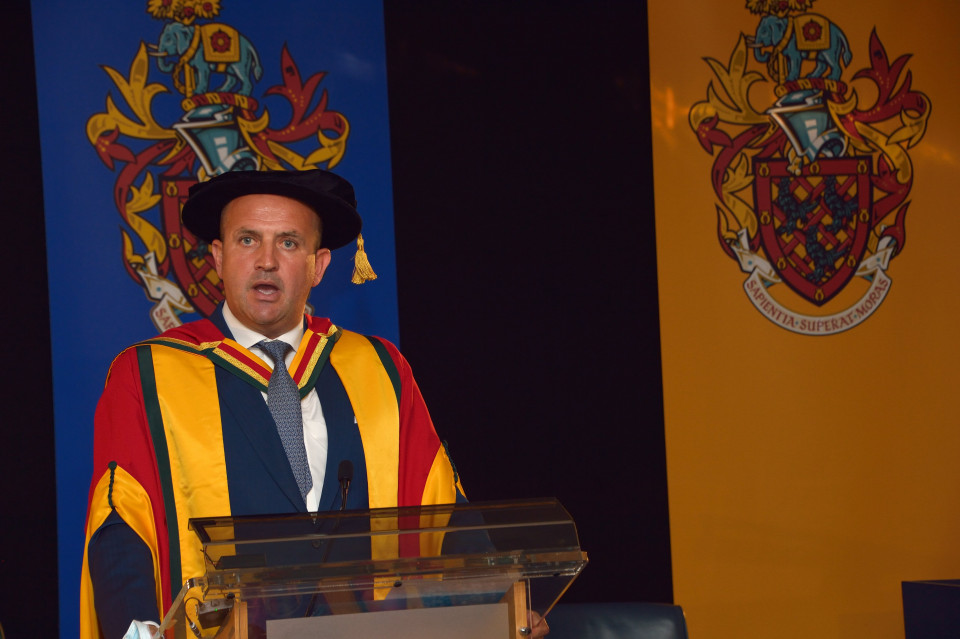 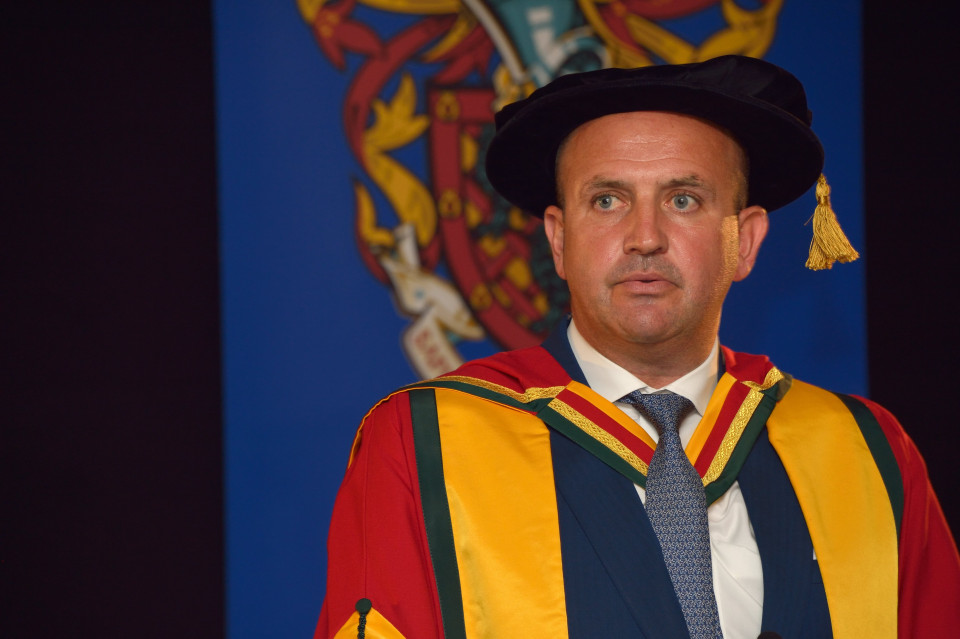 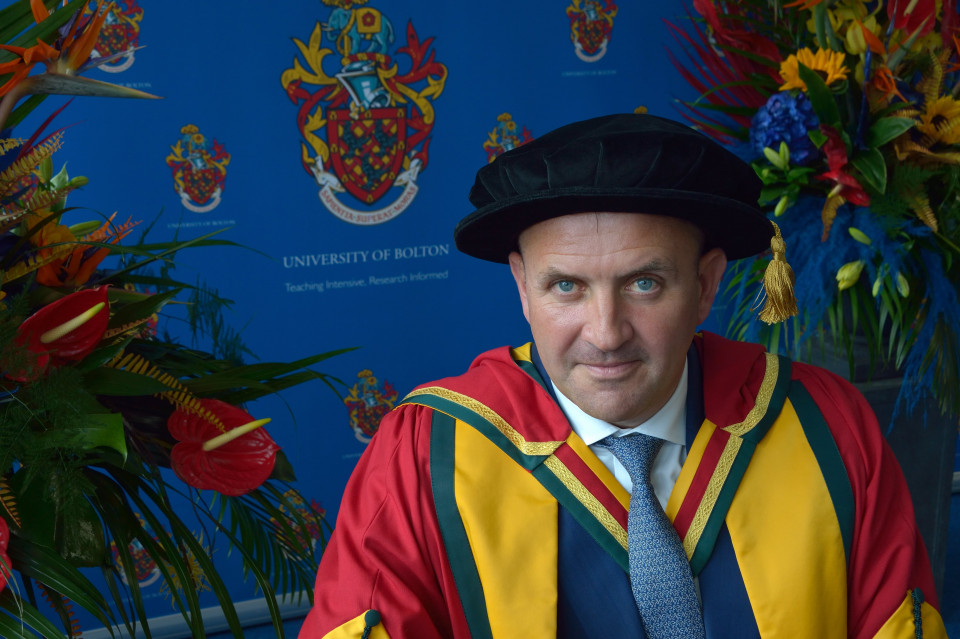 One of the UK’s leading hoteliers received an honorary doctorate from the University of Bolton.

Stuart Procter was awarded a Doctor of Business Administration for his outstanding contribution to the Hospitality Industry.

He said: “I am honoured, delighted and feel very privileged to receive this award today.”

Mr Procter, who hails from Blackburn, is Chief Operating Officer of the Stafford Collection in London.

He received the Honorary Doctorate from Baroness Helen Newlove, the University’s Pro-Vice-Chancellor, in a unique Covid-secure ceremony which was filmed for a special movie documenting this year’s innovative ‘Alternative Graduation’.

Mr Procter has more than 20 years of experience in the international hospitality market and began his career at the age of 16 as an Apprentice Trainee Manager at Northcote Manor in the Ribble Valley.

He worked for several luxury hotels, before taking over at The Stafford, London, in 2006 at the age of 29, overseeing the £26m development of The Stafford Mews, comprising 26 suites and an extension of the famous American Bar.

In 2015, he returned to The Stafford, London as General Manager, to oversee the multi-million-pound renovation of the hotel’s historic Carriage House Suites and to launch The Game Bird restaurant, which opened to critical acclaim.

As The Stafford grew from strength to strength, Mr Procter’s thoughts turned to the expansion of the business and in 2019 he announced the creation of the Stafford Collection and two new businesses joined the group – Norma, a Sicilian-inspired stand-alone restaurant in Fitzrovia, and Northcote, a 26-bedroom hotel with Michelin star restaurant.

He said: “Coming home to receive this doctorate is a very special moment.”

And Mr Procter told graduating students: “In life, I have found that if you meet the right people and work hard you go a long way.”