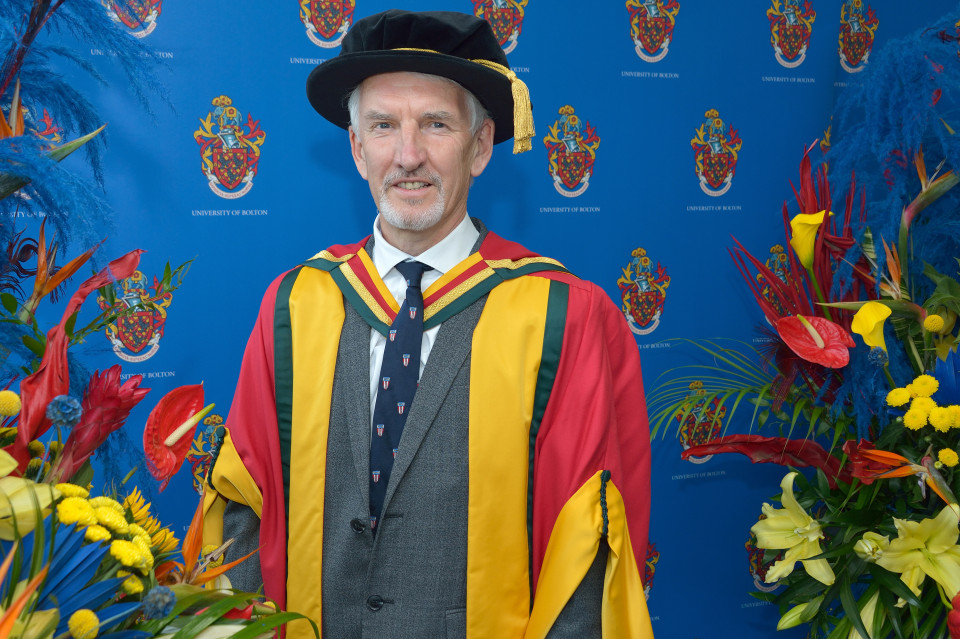 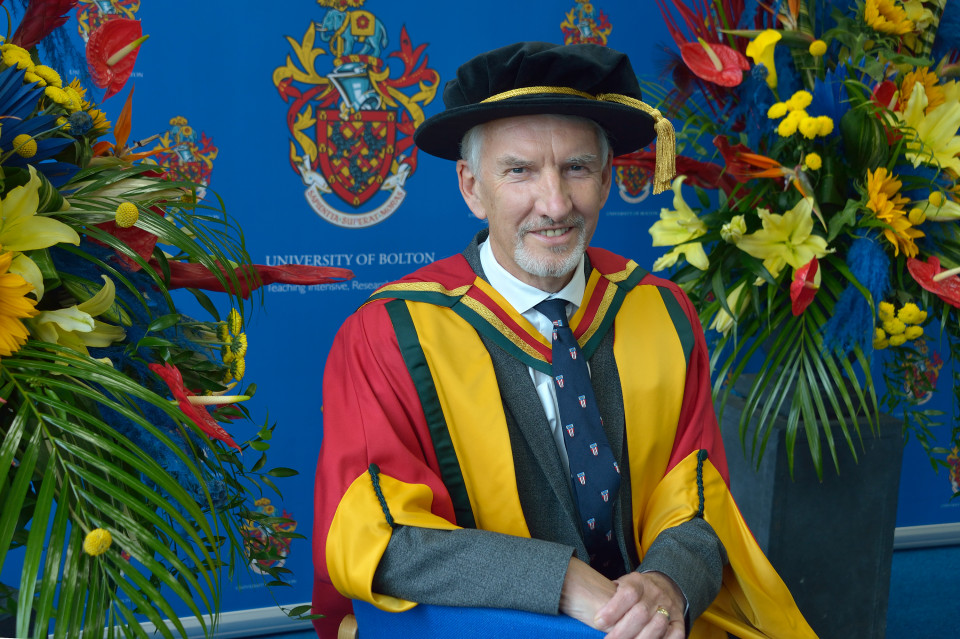 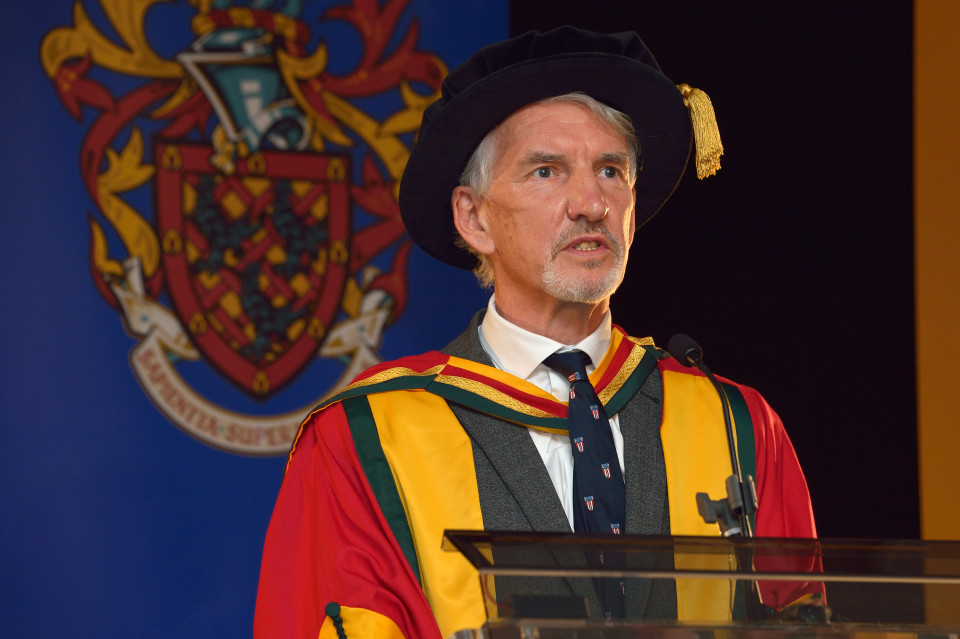 A Consultant Upper Limb Surgeon at the Royal Bolton Hospital has spoken of his pride in receiving an Honorary Doctorate from the University of Bolton.

Mr Stephen Hodgson M.B. CH.B., F.R.C.S. (ORTH), M.D. was made a Doctor of Health Care for his outstanding contribution to Education and Health.

Mr Hodgson, who has been a Consultant Orthopaedic Surgeon, Upper limb interest, at Bolton since 1993, said it was a “great honour to accept this on behalf of all the staff at the Bolton NHS Foundation Trust”.

He added: “I would like to wish students graduating this year all the best in their future career."

“My message would be don’t stop learning – learn to love what you do and most importantly, learn to be a team player.”

Mr Hodgson received the award in a unique Covid-secure ceremony which was being filmed for a special movie documenting this year’s innovative ‘Alternative Graduation’.

The University is one of the only ones in the UK to have invited graduands from this year and last to be presented with their degrees in person and their gowns, giving them the chance to have official photographs of their special day.

After graduating from Manchester Medical School in 1981, Mr Hodgson underwent basic surgical training in Rochdale and Salford and then Orthopaedic Training in the North West, including Upper Limb Fellowships at Wrightington and in the USA.

Since 2012 he has led the British Society for Surgery of the Hand overseas aid programme developing a portfolio of third world projects with personal involvement in Sierra Leone, Bangladesh, Tanzania, and Sudan.

At the regional level, from 2008- 2012, Mr Hodgson was Orthopaedic Clinical Lead for the NHS North West Advancing Quality Programme, a programme that has delivered reliable evidence-based care in a collaborative way across the North West.