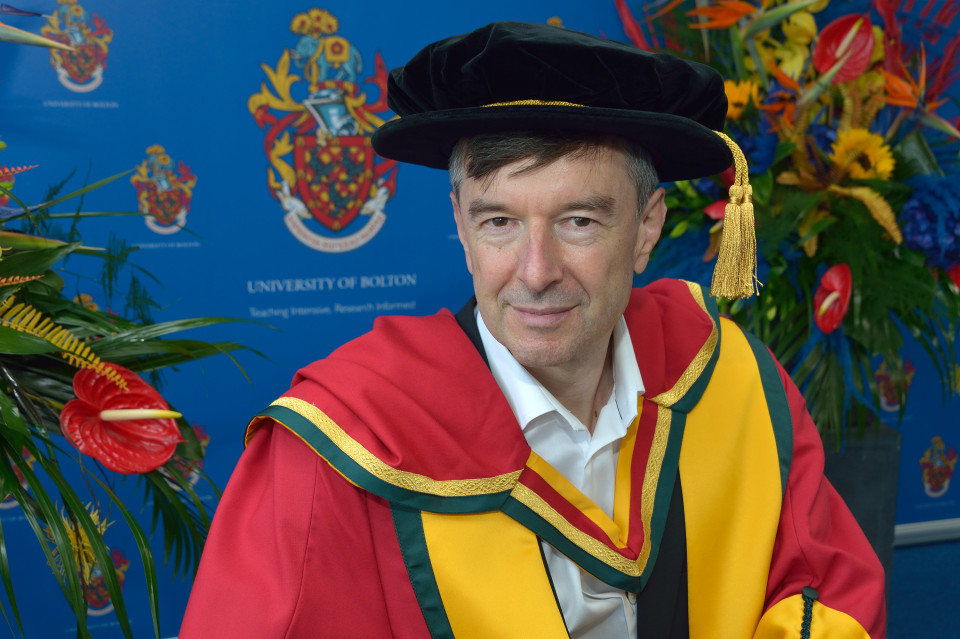 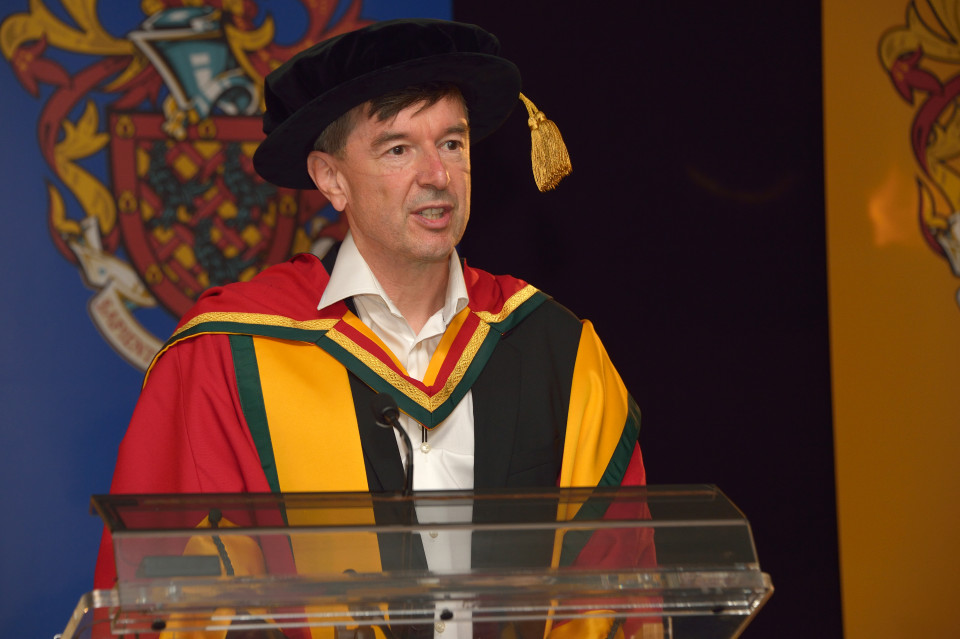 An entrepreneur in health and sustainability received an honorary doctorate from the University of Bolton.

Stephen Critchlow, CEO, and founder of Evergreen was awarded a Doctor of the University for his outstanding contribution to Health and Sustainability.

He said: “I am truly honoured.”

Mr Critchlow was born in Prestwich, went to Manchester University, achieving a BSc and MSc in Pharmacy and Pharmacokinetics and took his first job as a pharmacist at Bolton Hospital in 1983.

He moved to Bolton from Prestwich in 1999. He served as a volunteer on the Skills board and BSEP for Bolton Council 2003-2010 and left the NHS in 1999 to found Ascribe, a health IT business.

This went from his back bedroom to being a global IT solution employing around 300 people in Bolton, on the London Stock Exchange. In 2014 when he sold it when 75% of the UK NHS hospitals used it.

Mr Critchlow founded ASC renewables in 2008 which has now installed wind farms and other renewables and has been rebranded to Evergreen Energy, serving over 50% of contractors who install home renewables in the UK. These include heat pumps and EV chargers.

Evergreen is a group of companies Stephen has founded, as well as being an angel impact investor In others.

He still has a job within the NHS chairing the National Institute of Health Research (NIHR) AI in Health.

Evergreen Life contributes research data to SAGE which has been used in hundreds of research projects during the pandemic.

Mr Critchlow urged students to foster “a lifelong life of learning”. He said: "Do what is truly your dream.”