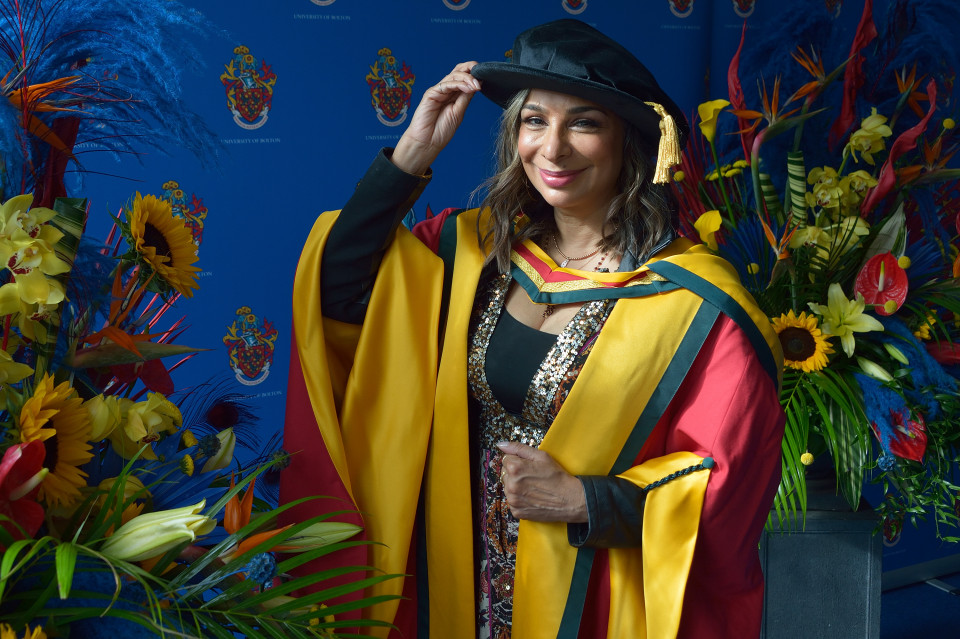 Former Coronation Street star Shobna Gulati spoke of her pride as she received an honorary doctorate from the University of Bolton. Shobna, who became a household name for her role as Anita in Victoria Wood's Dinnerladies and as Sunita in the Manchester-based soap for more than a decade, was awarded a Doctor of Arts for her outstanding contribution to Entertainment and the Community.

She received the award in a unique Covid-secure ceremony which was being filmed for a special movie documenting this year’s innovative ‘Alternative Graduation’.

Honorary doctorates are being awarded this week in advance of the student ‘Alternative Graduation’ events which start on Friday July 9. The University is one of the only ones in the UK to have invited graduands from this year and last to be presented with their degrees in person and in their gowns, giving them the chance to have official photographs of their special day.

She said: “You couldn’t see it, but I was smiling under the mask! “I am overwhelmed and so pleased to be receiving this honour. My parents would be extremely proud of me today.” 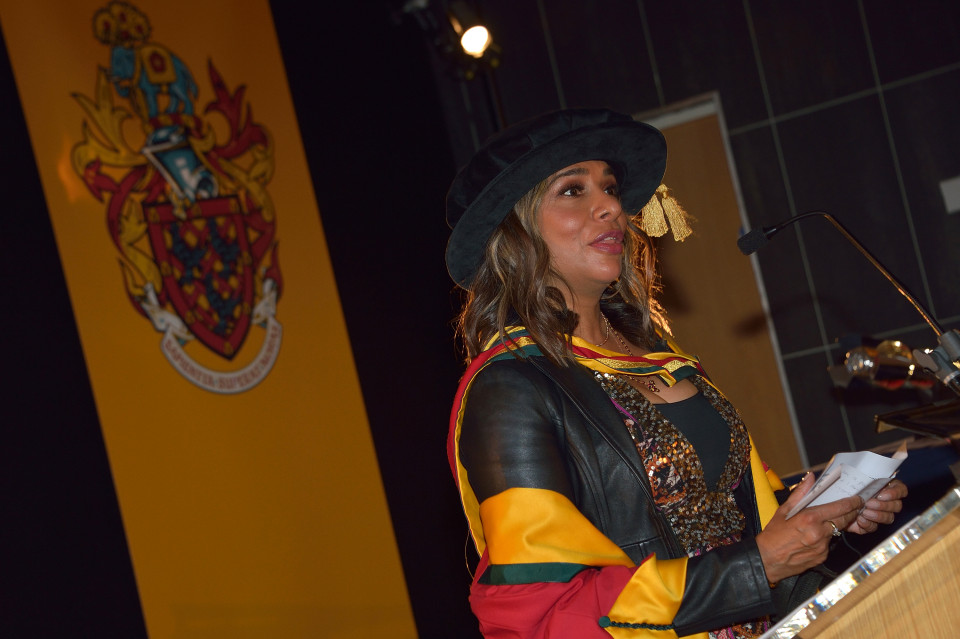 Shobna, from Oldham, who is a Deputy Lieutenant for Greater Manchester, has worked extensively in theatre and TV, including Midsomer Murders, Casualty, Eastenders, Where the Heart Is, and was a regular on ITV's Loose Women until 2014.

She was a semi-finalist in Celebrity Masterchef for the BBC had appeared in Soapstar Superstar and Stars in their Eyes for ITV. She will be seen later this year in Best Home Cook (BBC). Shobna has also written and directed the critically acclaimed comedy show for young women The Masala Girls.

She has just finished filming the role of Ray in the upcoming feature film Everybody’s Talking About Jamie and received critical acclaim for her memoir, REMEMBER ME? Discovering My Mother As She Lost Her Memory, which was published last autumn.

Thousands of students, including those whose ceremonies were cancelled last year, will be invited to the ‘Alternative Graduation’, which will be filmed by the documentary crew on the University’s Covid-secure campus. From July 9-16, students will be invited individually to attend at a specific, allotted, time slot.

Students and staff will be required to show on arrival proof of a negative lateral flow test, taken as close to the event as possible and definitely no more than 48 hours old.

Other measures, including airport-style temperature scanners at entrances, wearing face coverings, and practising social distancing, will also be in place to keep students safe. Because of the requirement to practise strict social distancing, no guests will be invited.

However, family and friends will be able to watch the final professional graduation movie at a special ‘world premiere’ in the late summer. An animated video, featuring a character called ‘LearnEd the Owl’, has been produced to explain to students as clearly as possible how the ‘Alternative Graduation’ will work.