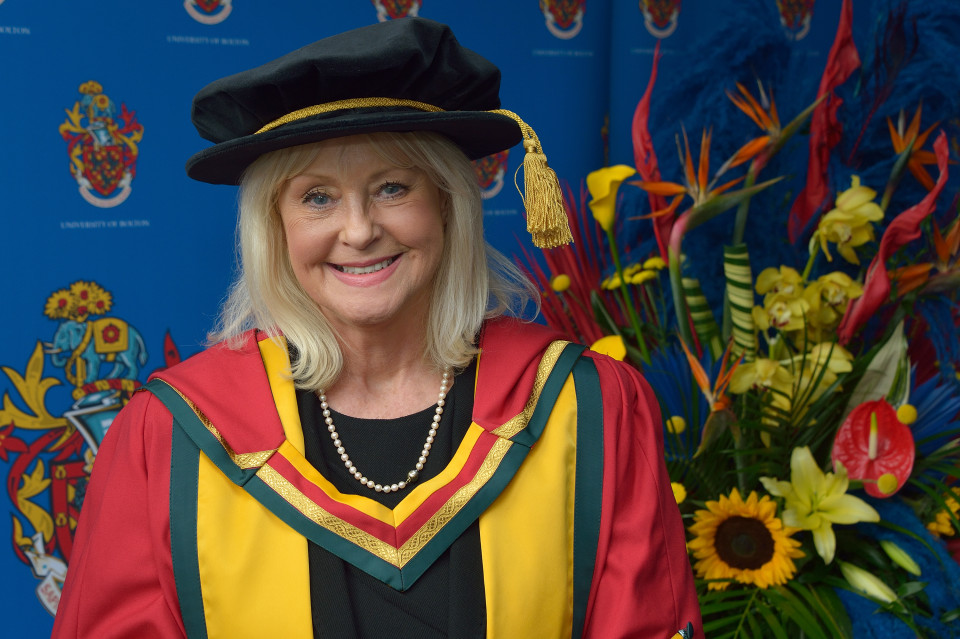 The Chief Executive of Knowsley Chamber of Commerce said she was “thrilled” as she received an Honorary Doctorate from the University of Bolton. Lesley Martin Wright JP DL received a Doctor of Business Administration for her outstanding contribution to Business and Commerce.

She said: “It was really unexpected. When I got the letter, I had to read it at least three times before it sunk in.” “I am absolutely thrilled. In my role, I go to a lot of ceremonies and watch other people receiving awards and so it was humbling to be receiving this honour myself.”

Ms. Martin-Wright received the award in a unique Covid-secure ceremony which was being filmed for a special movie documenting this year’s innovative ‘Alternative Graduation’.

The University is one of the only ones in the UK to have invited graduands from this year and last to be presented with their degrees in person and in their gowns, giving them the chance to have official photographs of their special day.

Ms Martin-Wright was born in Northumberland and brought up in Newcastle upon Tyne. She has worked in Newcastle, Singapore, London, and now in Merseyside.

She began her career first in local government then changed direction into sales and marketing.  After 12 months in the Far East, she spent 10 years working in London for ‘blue chip' companies. 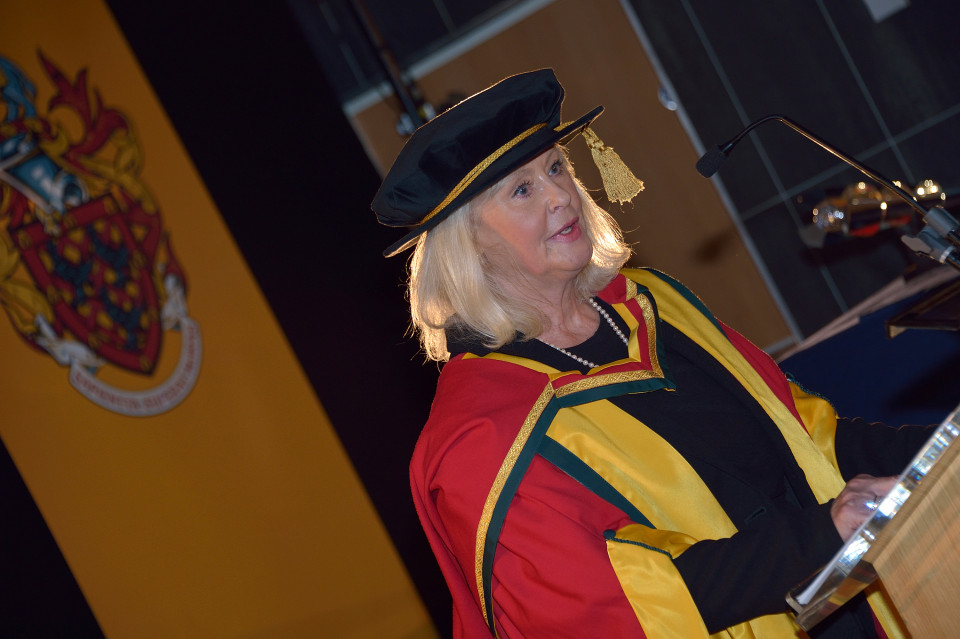 In 1989 she moved to Merseyside working for a local company before beginning her own consultancy.  After a successful time in this role, she was approached by one of her clients, a commercial law firm, to work for them full time. After 10 years, the post of Chief Executive of Knowsley Chamber of Commerce became vacant and in 2010 she took on the appointment.

Ms Martin-Wright believes that the Chamber brand has an international reach and reputation and represents businesses across all sectors. Her work includes delivering proactive business support and guidance to new, growing, and established businesses.

In October 2015, she was appointed by Head of Business Growth and Inward Investment at Knowsley Council, an innovative public/private partnership that enables Knowsley’s businesses to access the full range of business support and advisory services through a single gateway.

Ms Martin-Wright is a non-executive Director of the Merseyside Special Investment Fund. In 1993, she became one of the youngest magistrates to be appointed in the county.  She remains a magistrate and is a Presiding Judge.

In September 2016, she was appointed onto the Board of Trustees of the PH Holt Foundation.  The Foundation provides grants to small and medium sized charities which have the capacity to change lives and to develop flourishing communities across Merseyside.

In 2017 Ms Martin-Wright became Honorary Colonel of 156 Regiment Royal Logistic Corps.  156 Regiment is formed of five Squadrons spread over the North West but the history of the Regiment can be traced back to the formation of the Army Reserve in 1908.

She was commissioned as a Deputy Lieutenant in 2014. She added: “I am delighted as I see this as the beginning of an exciting relationship with the University of Bolton and am looking forward to supporting it in the future.”