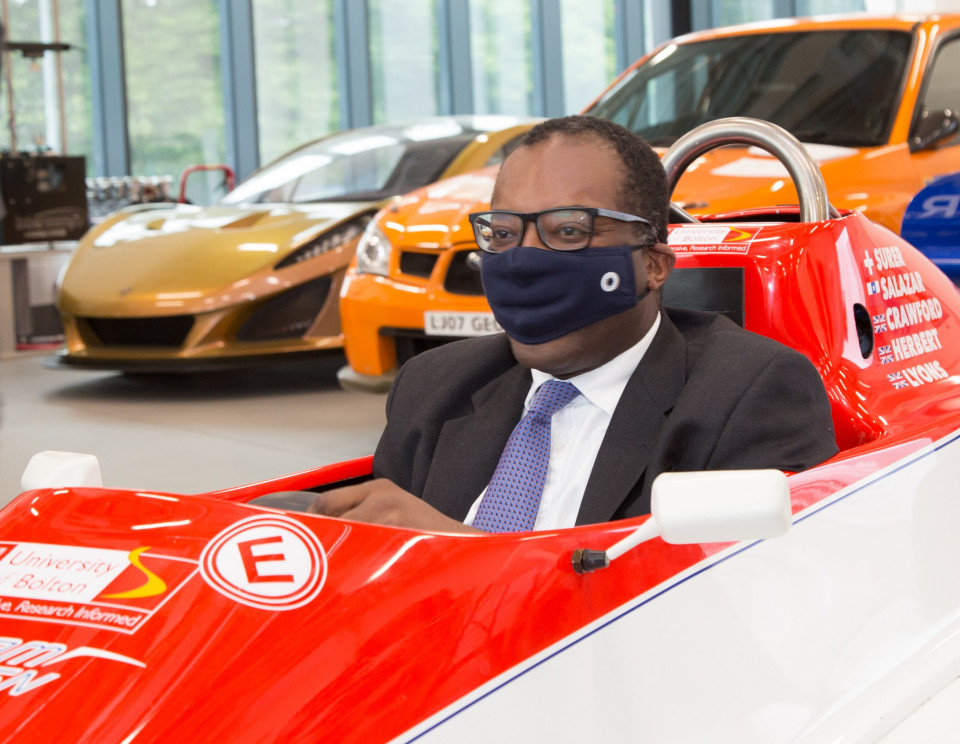 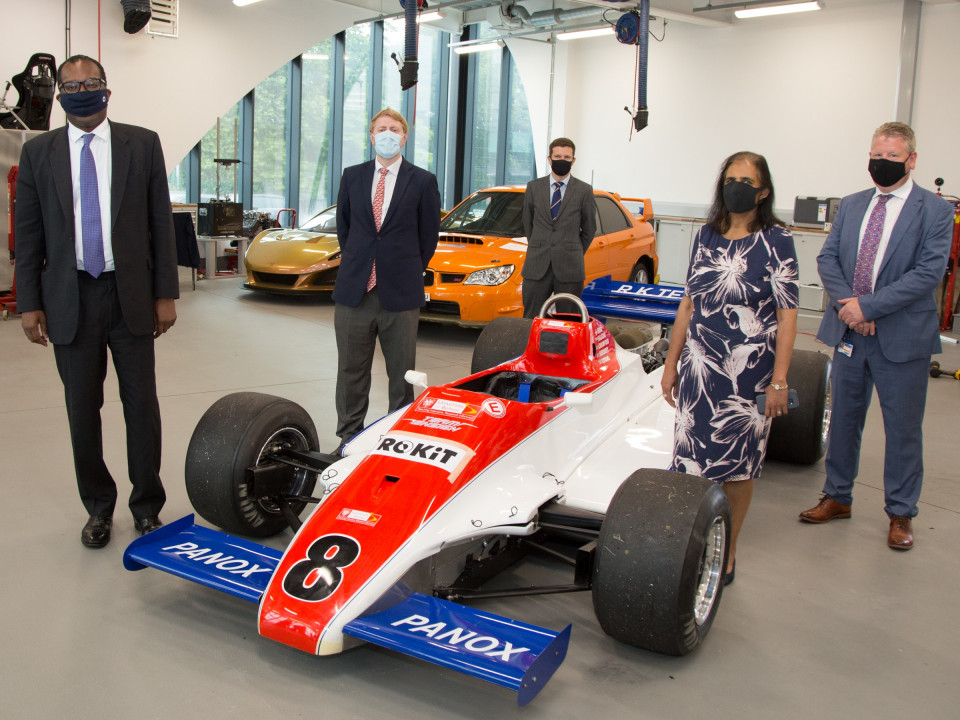 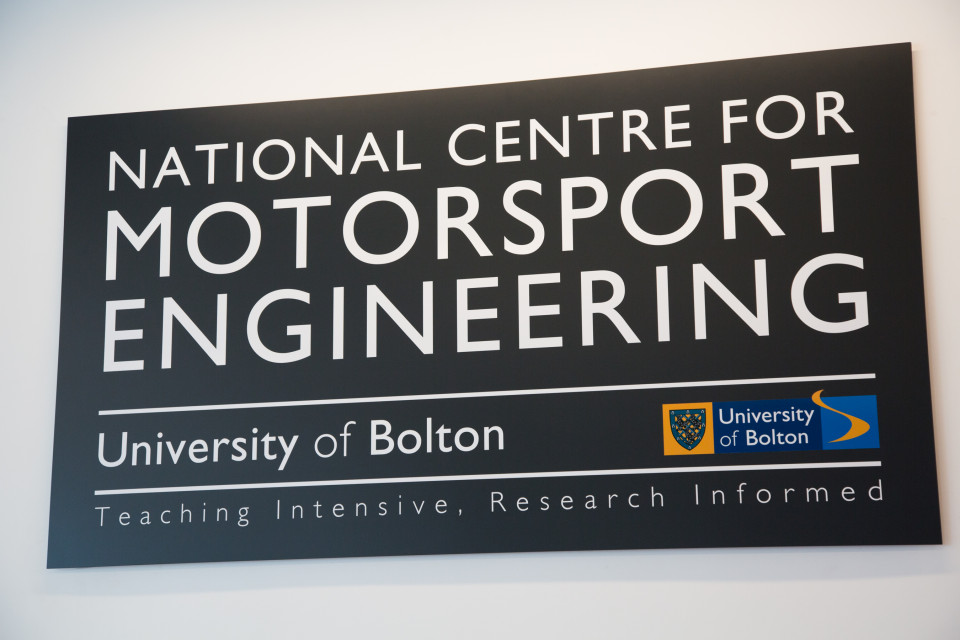 The Secretary of State for Business, Energy and Industrial Strategy gave motorsport students from the University of Bolton a ministerial send-off as he made a whistle-stop tour of the town.

Kwasi Kwarteng visited the University’s National Centre for Motorsport Engineering (NCME) just before they set off for the world-famous Silverstone race track as part of their innovative ‘Fast Track to F1’ project.

It was Mr Kwarteng’s first official visit to Bolton since taking up the role earlier this year and came just days after the announcement of the Government’s new £800 million Advanced Research Invention Agency (ARIA).

Mark Logan, MP for Bolton North East, was keen to show the Secretary of State Bolton’s strong case to house ARIA with a tour of Bolton’s past, present and future in invention and innovation.

Mr Kwarteng was told students from NCME will experience the thrill of seeing professional driver Michael Lyons racing a classic F1 car which they have been preparing for the Masters Historic F1 event over the Silverstone Classic this weekend.

The iconic Ensign car has been loaned to the University by Bob Fernley, a motor racing veteran with 40 years of experience, who has run teams on both sides of the Atlantic in Can-Am, IndyCar and F1.

Dr Greg Walker, the Pro Vice-Chancellor (Academic Strategy) of the University of Bolton, said: “We were delighted to host the Secretary of State on his visit to Bolton.

“Nowhere is the UK’s thriving innovation scene more apparent than here at the University of Bolton – this can be seen in the work our students and companies locally are involved with at our excellent National Centre for Motorsport Engineering.

“Students and employers are getting the best experience possible of what it is like to work in the exclusive world of motorsport.

“We were delighted to talk to the Secretary of State about how universities such as Bolton can boost the economic prospects of the region and the town itself.

“The University of Bolton is at the heart of efforts to level-up the region through innovation and skills.”

Mr Logan said: “The foundations of Britain’s reinvention were laid in Bolton over 200 years ago.

“Invention and innovation are everywhere, and the Secretary of State got to see that with his own eyes today.”

Mr Kwarteng also visited the Samuel Crompton exhibition at Bolton Museum, as well as the Wellsprings Innovation Hub, a central cog in the town’s regeneration plans and levelling up agenda. 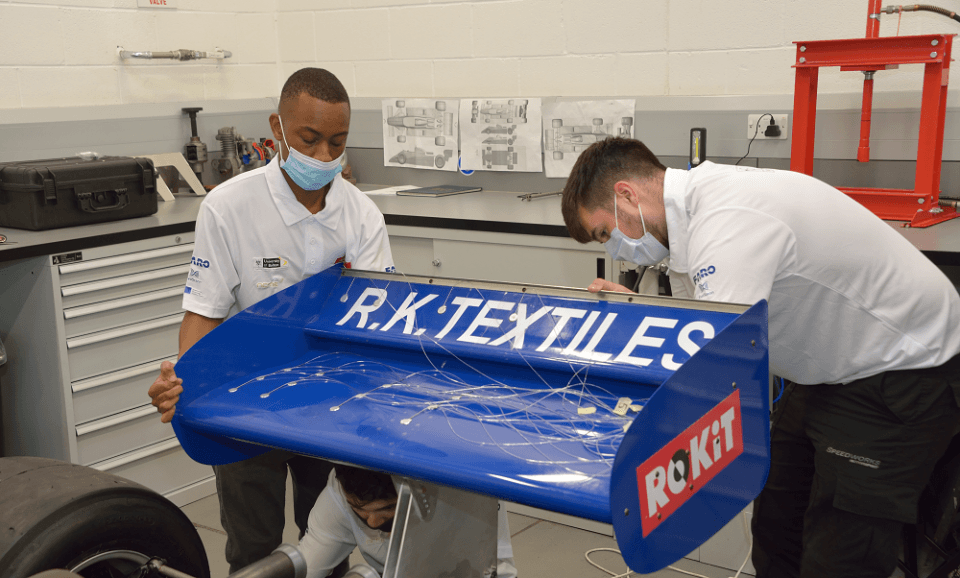 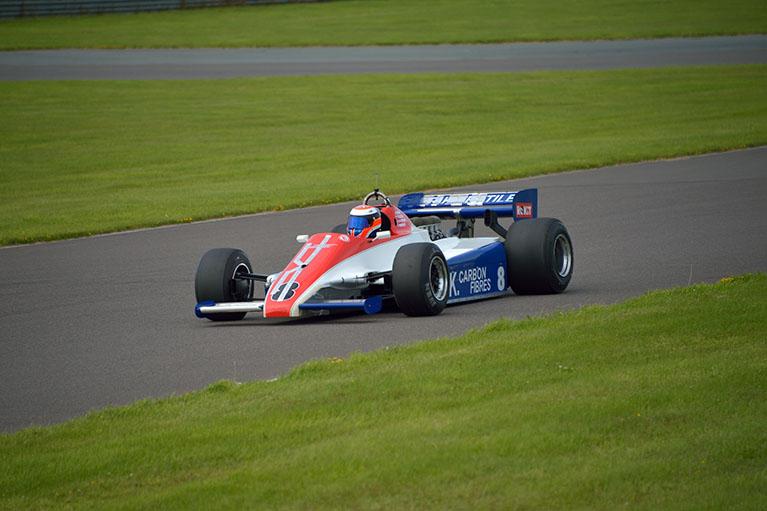 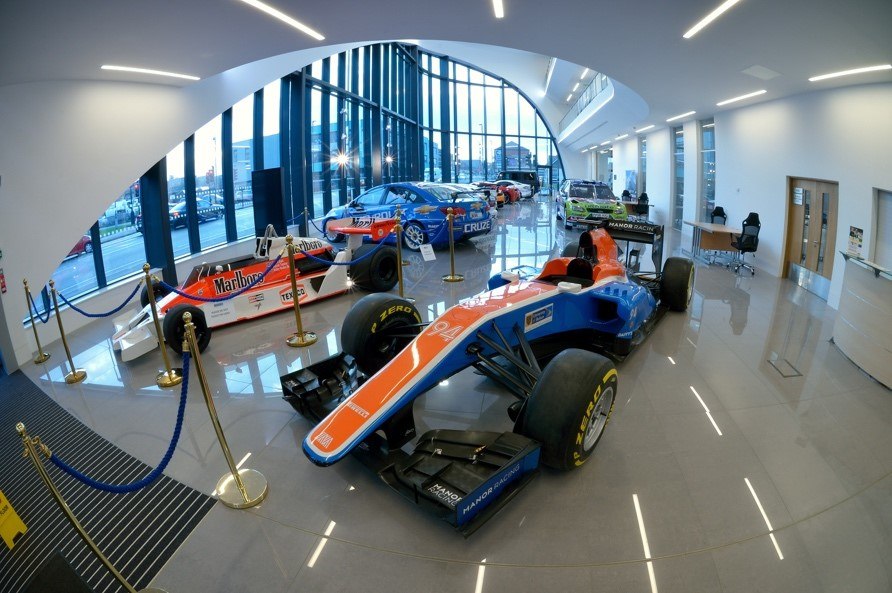