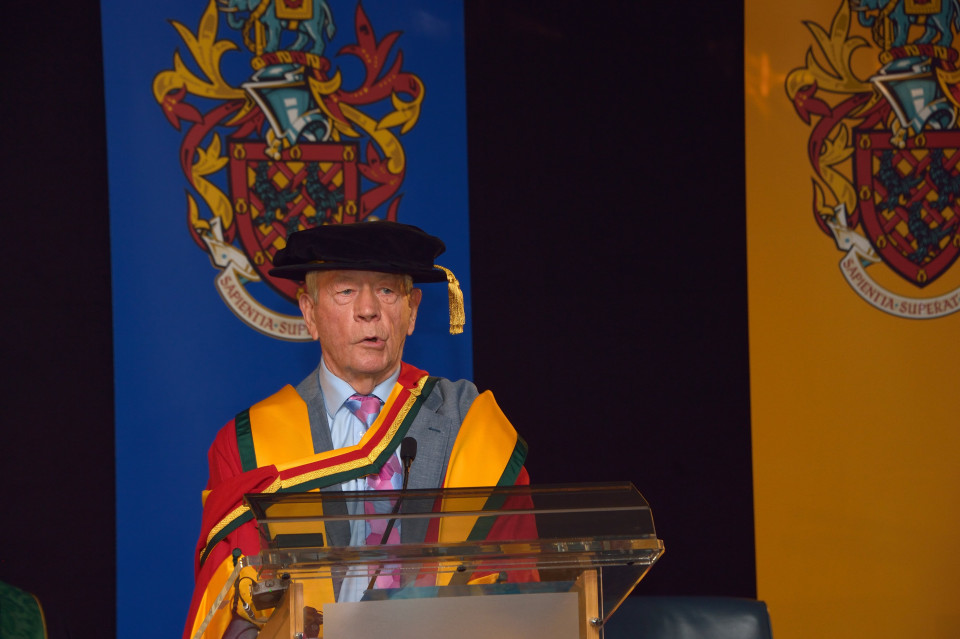 ‘Father of the Fitness Industry’ Ken Heathcote said it was “wonderful” to receive an honorary doctorate from the University of Bolton. Mr Heathcote was awarded a Doctor of the University for his outstanding contribution to Sport.

He said: “I want to thank this university, our university, for this most prestigious award."

Mr Heathcote, aged 85, received the Honorary Doctorate from Baroness Helen Newlove, the University’s Pro Vice-Chancellor, in a unique Covid-secure ceremony which was filmed for a special movie documenting this year’s innovative ‘Alternative Graduation’.

Mr Heathcote opened Bolton Health Studio in 1968 and transformed the old annexe of Bolton County Grammar to be the top health club in the country.

He was widely acknowledged to be the ‘founder’ of the Fitness Industry and Bolton Health Studio existed for more than 30 years.

During that time, more than 30,000 members went through the door, with equal numbers attending seminars.

Mr Heathcote published a book in 1988, entitled ‘The Gym Business’, which was the first to be published in the industry. He is the author of six books.

He is an accomplished runner and has competed in 25 marathons, completing the London Marathon in 2 hours, 31minutes, 50 seconds.

In 1981, he was the subject of the BBC programme ‘The Multi-Marathon Man’ – documenting his attempt to run from John O’Groats to Land’s End, which involved completing the equivalent of three marathons a day.

In 2011, Mr Heathcote was presented with a Lifetime Achievement Award at the National Fitness Awards for Business Leadership.

Over the past two years, he has been delivering talks at colleges and universities, Cancer Research UK, Parkinson’s groups, Heart Rehabilitation, Probus and Rotary Clubs, TEDx, and start-up groups in business.