The Most Aerodynamic Vehicles Ever Made 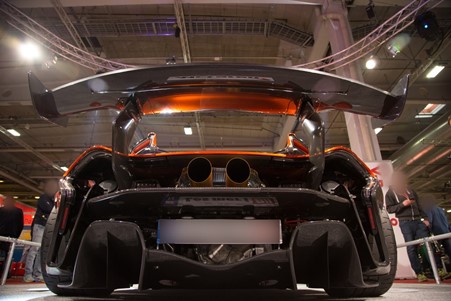 The most aerodynamic shape in the world, the teardrop, comes from nature. With its rounded nose at the front that tapers towards the rear, the shape is formed by the flow of water down an object meeting opposition from the air around it. This stunning shape that nature has given us has been used many times over the years to inspire vehicle aerodynamics and design.

When it comes to vehicles, good aerodynamics can equate to easy speed and energy savings too. Aerodynamic vehicles can go faster and they also use less effort to get where they’re going. This is why so many of the vehicles we associate with speed feature this particular shape. The history of aerodynamics in vehicles of all types confirms this with Donald Campbell’s Bluebird, the Japanese Shinkansen (bullet train), and Concorde immediately coming to mind. Similar shapes have also been noted frequently in the automobile world. Here, we take a look at some of the most aerodynamic vehicles ever made.

Of course, the history of aerodynamics is full of cars that were specifically designed and built to make record-breaking speed record attempts. These include:

The Goldenrod - Built by Canadian brothers in 1965, the Goldenrod was an incredibly aerodynamic car with a coefficient of 0.1165, it was powered by four Chrysler Hemi V-8 engines each capable of producing 600 horsepower. For 26 years, from 1965 to 1991, it held the world land speed record with an average speed of 409.277 mph

Nuna Solar Car – When it comes to vehicle aerodynamics and design, the Nuna is certainly up there with the more unusual models. In fact, it looks less like a car and more like a spaceship. The car was developed by a team at Delft University in the Netherlands and worked solely on solar power. The most recent model they created, the NunaX, had evolved significantly in design from their first attempt and had an aerodynamic coefficient of 0.07.