Inclusivity in the Film Industry - Is it Time for Change?

Diversity and inclusivity are terms that we are hearing more and more often, whether we are discussing films, the workplace or even education. They are important considerations and ones that are vital if we are to move forward as a society, to a point where people feel more accepted for who they are regardless of race, gender, sexual orientation, religion or disability.

The film industry, and Hollywood in particular, is still rather behind the times when it comes to offering more inclusivity in its films, something that those studying film degrees in the UK might have noticed. While we may now be seeing far more representation of a range of LGBTQ characters appearing on the screen, they are often more ‘stereotypes’ than is perhaps appropriate. Recent reports would suggest that in the last couple of years both women and people of colour have been better represented within the film industry, but the industry admits that they are still not doing enough, and it is certainly time to change this. This is something that anyone looking at film studies degree jobs will certainly want to think about. 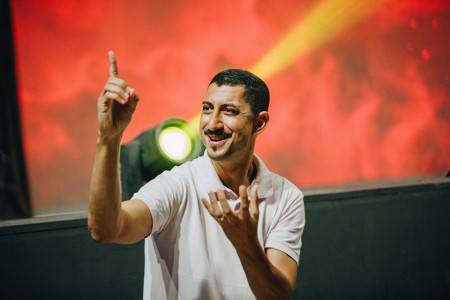 This year's Oscar-winning film in the Best Picture category is a great example of inclusivity working within the film industry. Anyone considering a film production degree should take note. The story centres around a deaf family, where only one person is hearing. This isn’t the first award that this feel-good movie has picked up, and it may well not be the last, but it is a big one and in Hollywood terms, one that really matters. It is not just about the deafness that is portrayed in the film but also the fact that deaf actors were used for these roles. This is something else we need to move away from, as using able-bodied actors to play those with a disability is a form of ableism that needs to be addressed.

Division within the industry

Whilst many actors and others within the film industry agree that there are some roles, particularly those portraying a disability, that should be played by disabled actors there is considerable disagreement over other types of roles, particularly those portraying LGBTQ characters. Some actors argue that they can play any part, that is after all what acting is about, whilst others believe these more minority roles should be played by those who truly understand them. Whilst healthy conversation is going on it means that inclusivity is being more widely considered. This is not a bad thing for an industry that really needs to bring some of its thinking into this century. 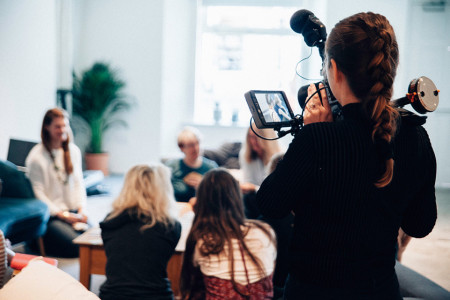 For anyone contemplating a career within the film industry, film degrees in the UK are a great way in which you can really get to understand the industry and the types of roles that are available. There is far more to the film industry than being an actor or a producer, with many key production roles to suit everyone. A film studies bachelor's degree will help you to choose exactly what direction you would like to take in terms of film studies degree jobs.

At the University of Bolton, we offer a BA in Film and Media Production that can pave the way to a rewarding career with plenty of variety. Our state-of-the-art facilities and inspiring lecturers can provide you with the opportunity to gain all of the experience and skills necessary for a rewarding career in the film industry.

The University of Bolton has been voted 1st in the North West of England for social inclusion for the second year running * lending further evidence to the welcoming, inclusive supportive experience we offer. We believe this truly encompasses the ethos of #UniAsItShouldBe.

If you would like to learn more about the university or our film studies bachelor's degree, we would be delighted to assist you. Our team of friendly advisors can be contacted at +44 (0)1204 900 600 or via email, at enquiries@bolton.ac.uk. Alternatively, you can learn more about the film production degree courses we have on offer by clicking here.

What do we know about the new Alien TV Show?