Best F1 Designers: Top Five in the History of Formula One

The course highlights include state-of-the-art facilities, such as the dynamic test centre, wind-tunnel laboratory and virtual reality design lab. The course provides you with a range of expertise in aerodynamics, manufacturing processes and data analysis. 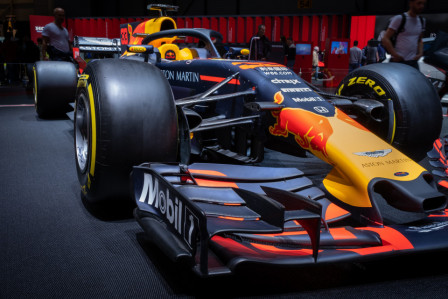 - The UK’s only £13 million NCME building is purpose-built for students’ studies
- The MA meets the professional institution standards in the UK and supports students’ achievement of a chartered engineer status
- Our lecturers are experts in their field, with professional industry knowledge, technical expertise and professional experience
- The approach to teaching and learning is ‘student-centred’, meaning staff will work with each student individually throughout their studies
- By studying alongside other students from different engineering specialisms or industrial sectors, individuals can benefit from a broader range of knowledge and experience that supports cross-disciplinary thinking

When it comes to Formula One engineering, few have made their mark as much as these top five F1 designers:

Adrian Newey is widely regarded as the best Formula One designer of all time. He's been responsible for designing some of the most successful cars in the sport's history, including those that helped Michael Schumacher win five World Championships with Ferrari and Sebastian Vettel four with Red Bull. Amongst his many innovations is the use of "coke bottle" bodywork, which was first introduced on the Williams FW16 in 1994. This design allows for better aerodynamic performance by tapering the body in towards the rear wheels, creating a more streamlined shape.

John Barnard is a Formula One designer who has been responsible for designing some of the most revolutionary cars in the sport. He has worked for teams like McLaren, Benetton, Ferrari, and Honda. One of his most famous innovations was the introduction of the wing car. Prior to this, most Formula One cars ran with very little downforce. This made them quick in a straight line but difficult to handle in corners. Barnard's solution was to add large wings to the cars, which increased downforce and made the cars much easier to drive quickly through corners. It was first introduced at the 1988 Monaco Grand Prix and has become a major part of modern F1 racing.

Gordon Murray is best known for his work with Brabham and McLaren during the 1970s and 80s. He was responsible for designing several chassis that would go on to become classics, including the Brabham BT46B "Fan Car" and McLaren MP4/4 - the latter of which is widely considered to be the greatest F1 car of all time. One of Murray's key innovations was the introduction of carbon brakes, which were initially used on the McLaren MP4/5 in 1989 before being rolled out across the sport a few years later.

Pat Symonds is a world-renowned Formula One designer and innovator. He has worked with some of the biggest names in the sport, including Williams, Benetton and Renault. One of Symonds' most notable innovations came during his time at Benetton, where he was responsible for the development of active suspension. This revolutionary system used sensors to detect the unevenness of the road surface and adjust the car's suspension accordingly, giving drivers a significant advantage over their rivals. This was a system which helped Michael Schumacher to win his first two world championships with Benetton.

Rory Byrne is another hugely experienced Formula One designer, having worked with both Benetton and Ferrari during his career. He was part of Ferrari's domination of Formula One during the early 2000s, helping Michael Schumacher win an astounding seven World Championships between 2000 and 2004. Byrne is also credited with being one of the first designers to really embrace simulation software such as Computational Fluid Dynamics, which is now used by nearly all teams in Formula One. 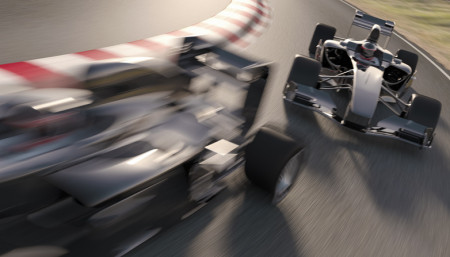 These names are just a few influential people who have shaped Formula One racing over its long history. Our students gain access to a global network of alumni and employers, giving you a competitive edge in getting your dream job in motorsport engineering. So don’t miss out; enhance your career prospects with a master’s degree in motorsport engineering at the University of Bolton.

If MSc Motorsport Engineering sounds like the right path to becoming a specialist in a fast-paced industry, take a look at our full course details to find out how to apply.

Sustainable and Electrical Vehicle Engineering – A Bright Future Ahead

How F1 is accelerating the future of automotive performance engineering