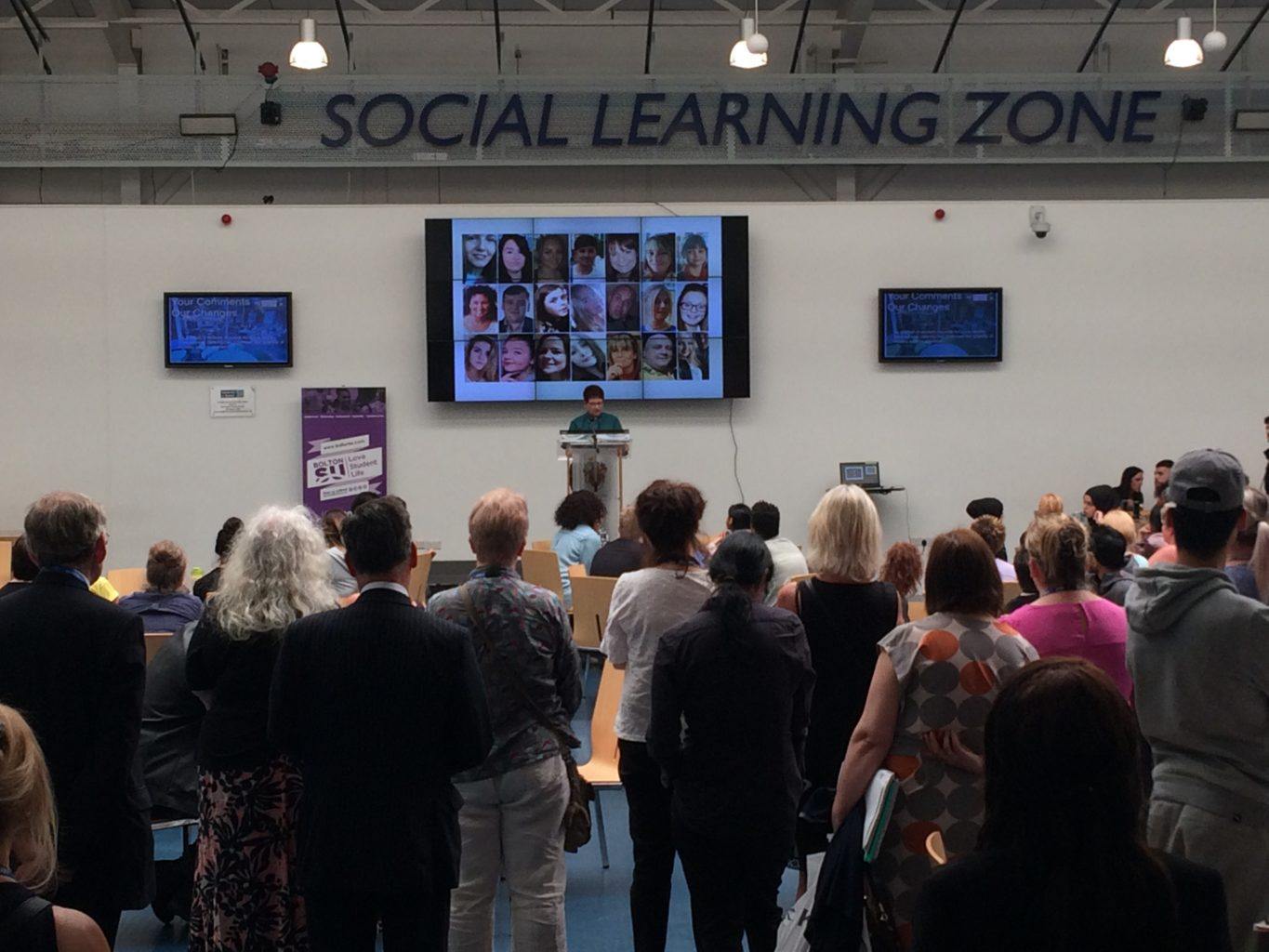 Staff and students at the University of Bolton this afternoon (Tuesday 22 May) paid tribute to the 22 victims of the Manchester Arena attack. They remembered in silence at 1pm instead of the national time of 2.30pm because of exams, allowing more to attend.

University Co-ordinating Chaplain, Rev Dr Gill Smart said there was no way of knowing the bomber’s motives but “if one of them was to put Mancunians against one another, then he didn’t succeed”. She added: “The whole of Greater Manchester came together to speak as one to the wider world and also to those who preach hate and threaten our communities with fake news and lies through social media or through acts of violence. “The voice that spoke on the days after the terror attack was the voice of love, not hate; of light not darkness. People of all creeds and colour came together to help each other not only from Greater Manchester but from across the UK.” She added: “Today we remember the families of the 22 people who died, aged between 8 and 51. Families who will forever have an empty space in the home. We also remember the injured, some of who suffered terrible life-changing injuries and those suffering psychological trauma because of what they saw and experienced.”

On May 22 last year at 10.31, the lone bomber detonated an improvised explosive device packed with nuts and bolts as 14,000 people started to leave an Ariana Grande concert at the Arena. Many of those attending the concert were children. 22 people were killed, 10 of them under 20, and the latest figures say over 800 people were injured, either physically or psychologically.