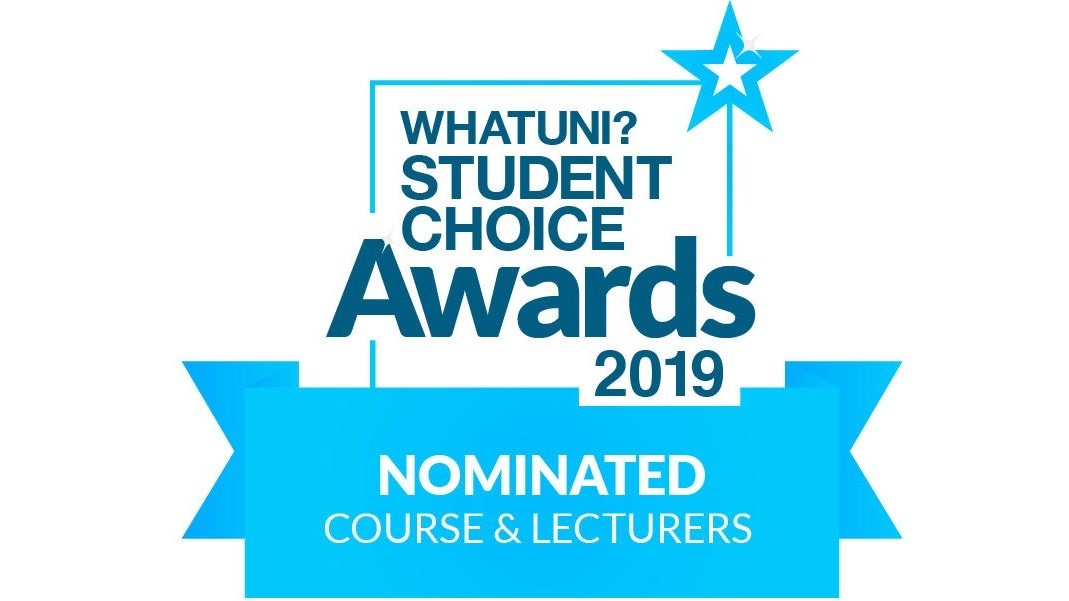 The University of Bolton has been listed as one of the top ten universities in the UK for its courses and lecturers, as voted for by students in a recent prestigious awards ceremony. The university came seventh in the ‘Courses and Lecturers’ category in the Whatuni Student Choice Awards 2019 (WUSCA). The University of Bolton was placed 15th in the country in the same category last year.

A total of 160 higher education institutions took part and the WUSCA team collated almost 42,000 reviews across the country. Professor George E Holmes, President and Vice-Chancellor at the University of Bolton, said he was delighted by the news. He said: “At the University of Bolton we put our students first and making their experience the best it can be is a prime focus. We are already number one for student satisfaction in Greater Manchester. Now to be named in the top ten in the UK for this prestigious award shows that everyone’s hard work is paying off and that we have made progress year on year.” UK students say that they are happier with university life than they were last year, according to league tables produced by website Whatuni.com.

This year, overall satisfaction among students was 80.8% among the 41,000 plus students who participated in the annual review of the 160 UK institutions. Sixty-nine universities registered improved satisfaction ratings from their own students. Katie Duncan, Head of Communications at IDP Connect, said: “In a challenging climate for Higher Education institutions, there is nothing more rewarding than being recognised by their students for delivering such positive experiences. The reviews by current students that make up these nominations are invaluable for prospective students who use them to make decisions about their future.” The winners were announced at the awards ceremony in London on Friday 25 April, hosted by stand-up comedian Omid Djalili.