University of Bolton Behind Motorsport Driving Talent of the Future

Two teenagers have won the prize of a lifetime to take their first steps to becoming an F1 driver of the future after beating hundreds of competitors to win the finals of the 2022 UK ROKiT Racing Star scholarship. 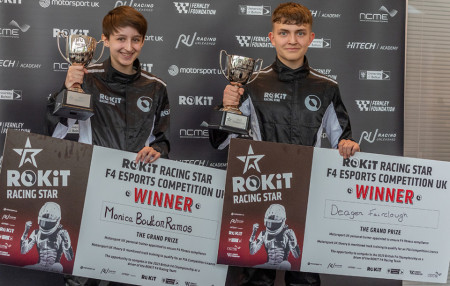 Deagen Fairclough and Monica Boulton Ramos, both aged 16, were victorious at the weekend finals which were held at the University of Bolton’s National Centre of Motorsport Engineering.

The winners will now spend six months training, preparing them for the 2023 Formula 4 British Championship, starting their motorsport career with the support of the £500,000 ROKiT scholarship fund.

It is aimed at seeking out youngsters who would never have the opportunity to drive in the ultra-competitive world of motorsport - helping to make their career aspirations a reality.

The competition challenged more than 1,000 youngsters from all over Britain in the digital world by allowing them to race online in an esports competition, giving them the chance to transfer their skills from the laptop to the track. 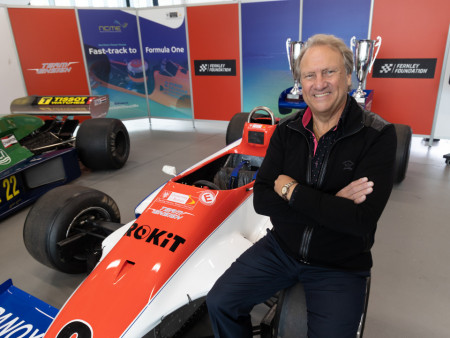 “When ROKiT came to us about partnering with this exciting programme, it was an instant yes.

“Bolton as a town and a university is all about inclusivity. It is great that we are adding yet another project where the students of the National Centre of Motorsport Engineering Centre will get more hands-on experience, supporting their studies.

Professor Holmes added: “Congratulations to both Monica and Deagen on winning this amazing prize. I look forward to watching their careers progress.”

Deagen, from Horley in Surrey, said: “This is absolutely a dream come true, totally life-changing for me. I can’t believe it!”

Monica, from Towcester, Northamptonshire, added: “I am still speechless. I had performed well in the qualifying races online and thought I had a chance but the competition from the other girls here in Bolton was tremendous and I am just delighted I have come through.”

The competition was the brainchild of Bob Fernley, former deputy team principal of the Force India Formula One team, which is now Aston Martin and based at Silverstone. 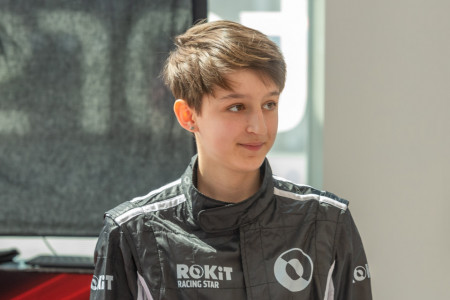 “Women are hugely under-represented in motor racing, and we and ROKiT wanted to address this. Monica is a talented gamer and with this opportunity of a lifetime, I am sure she will excel.

“Deagen has shown fantastic quality, too, in our finals. The driving standards were incredibly high and these two are great prospects for the future of motor racing in Britain.

“This is only the first year of the ROKiT Racing Star Scholarship and we have been amazed by both the interest and talent we have met along the journey.”

Families of the finalists, along with VIP guests, attended the finals weekend at the UK’s only £13m National Centre for Motorsport Engineering.