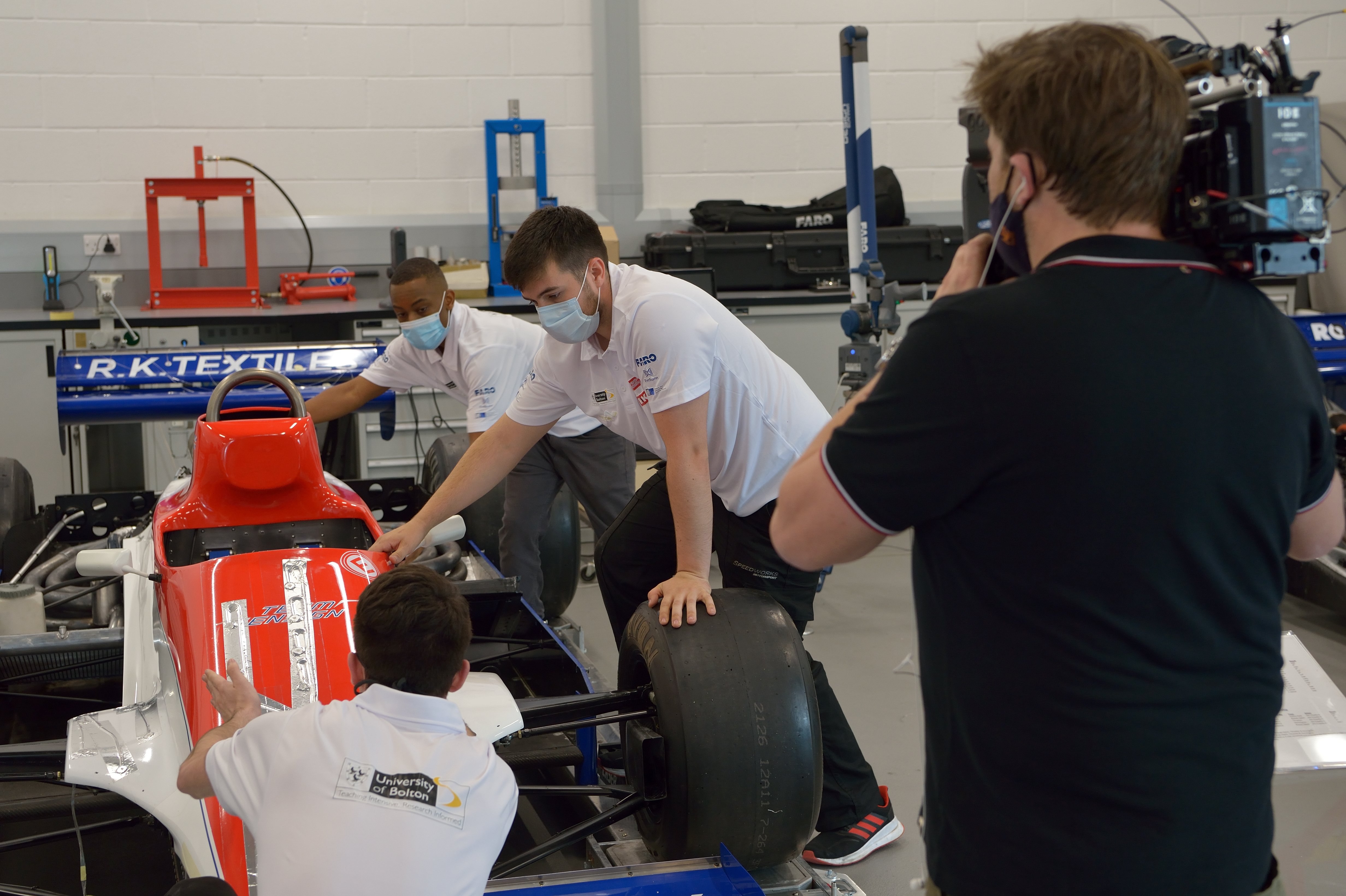 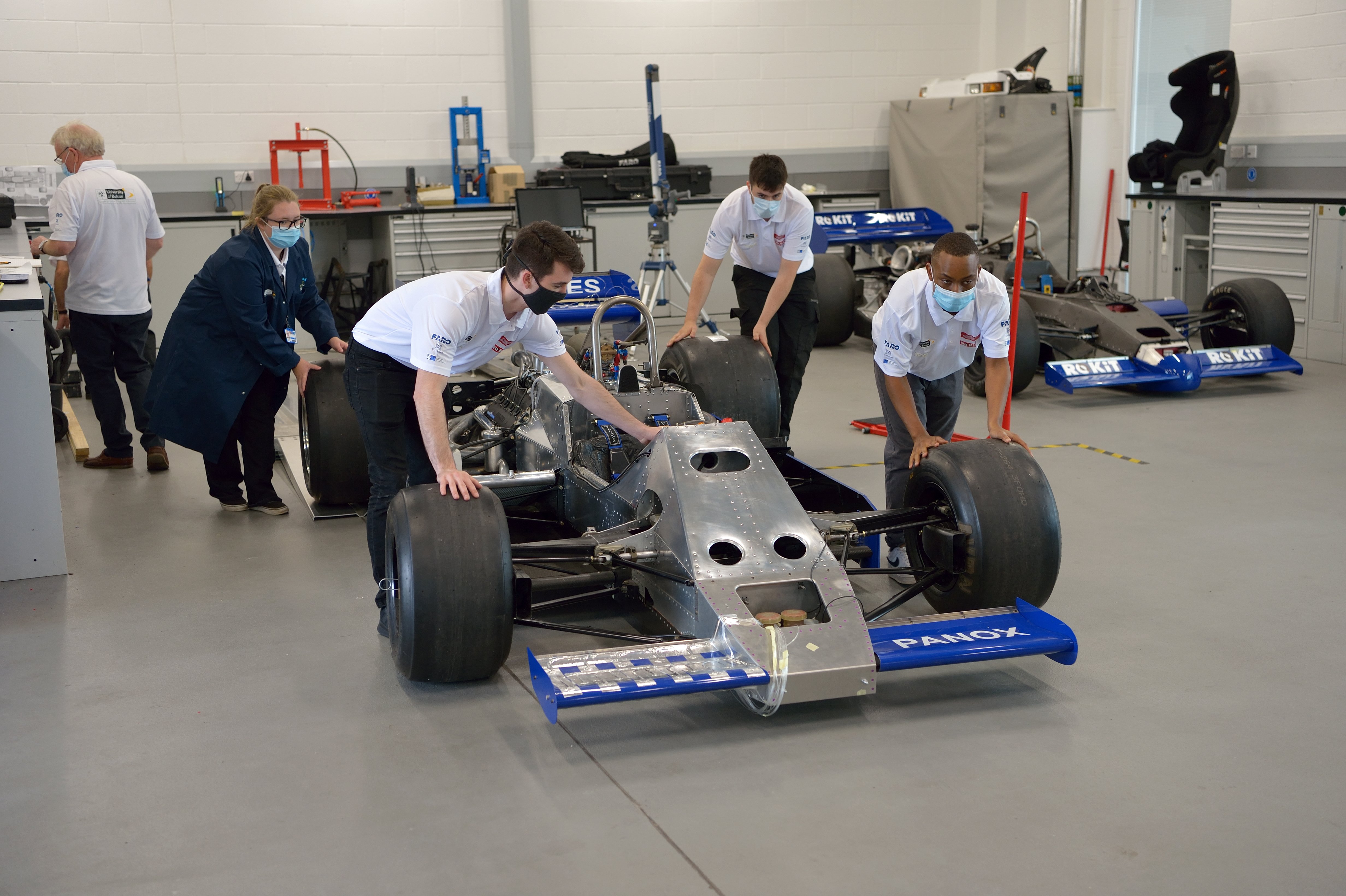 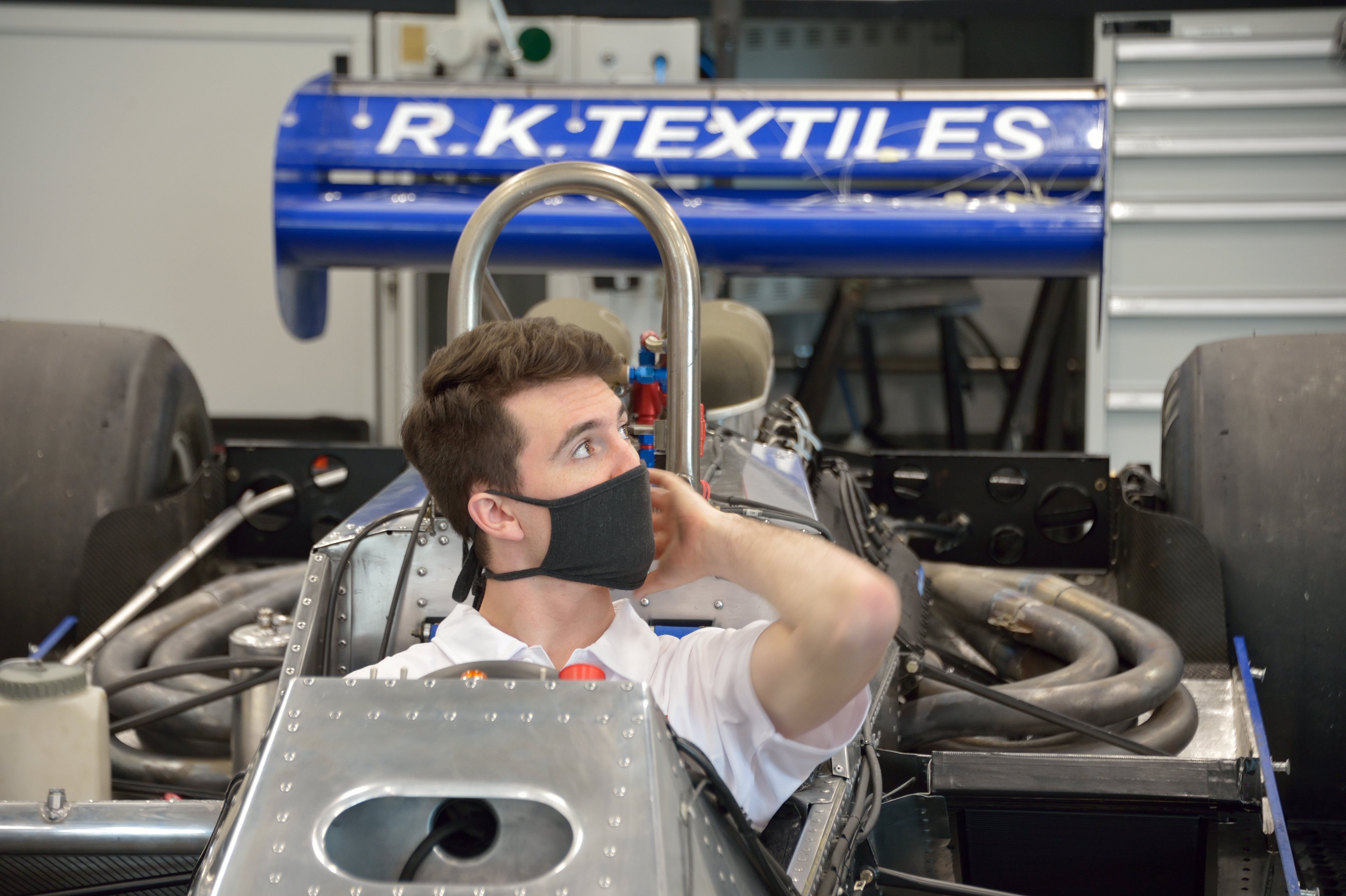 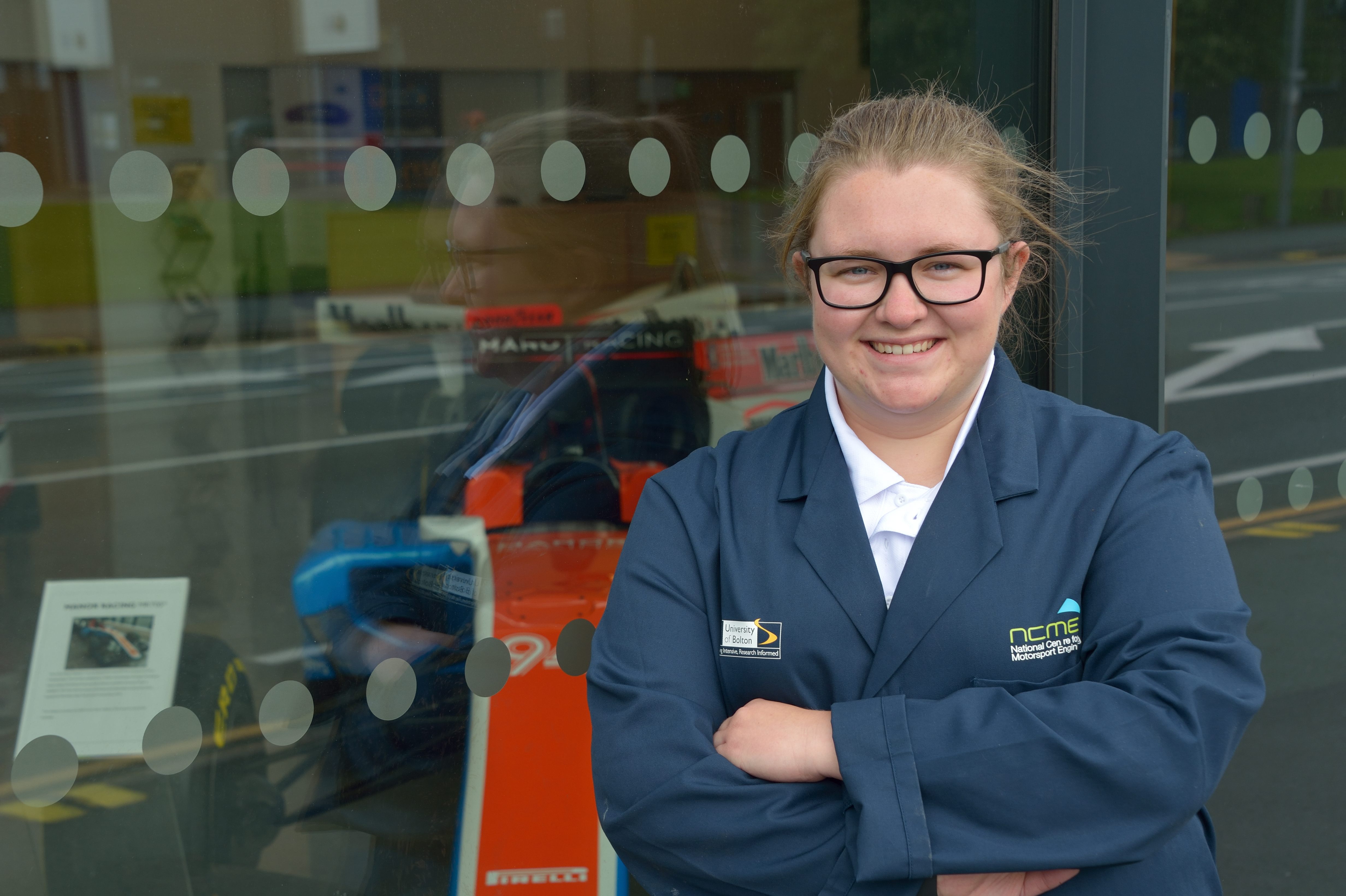 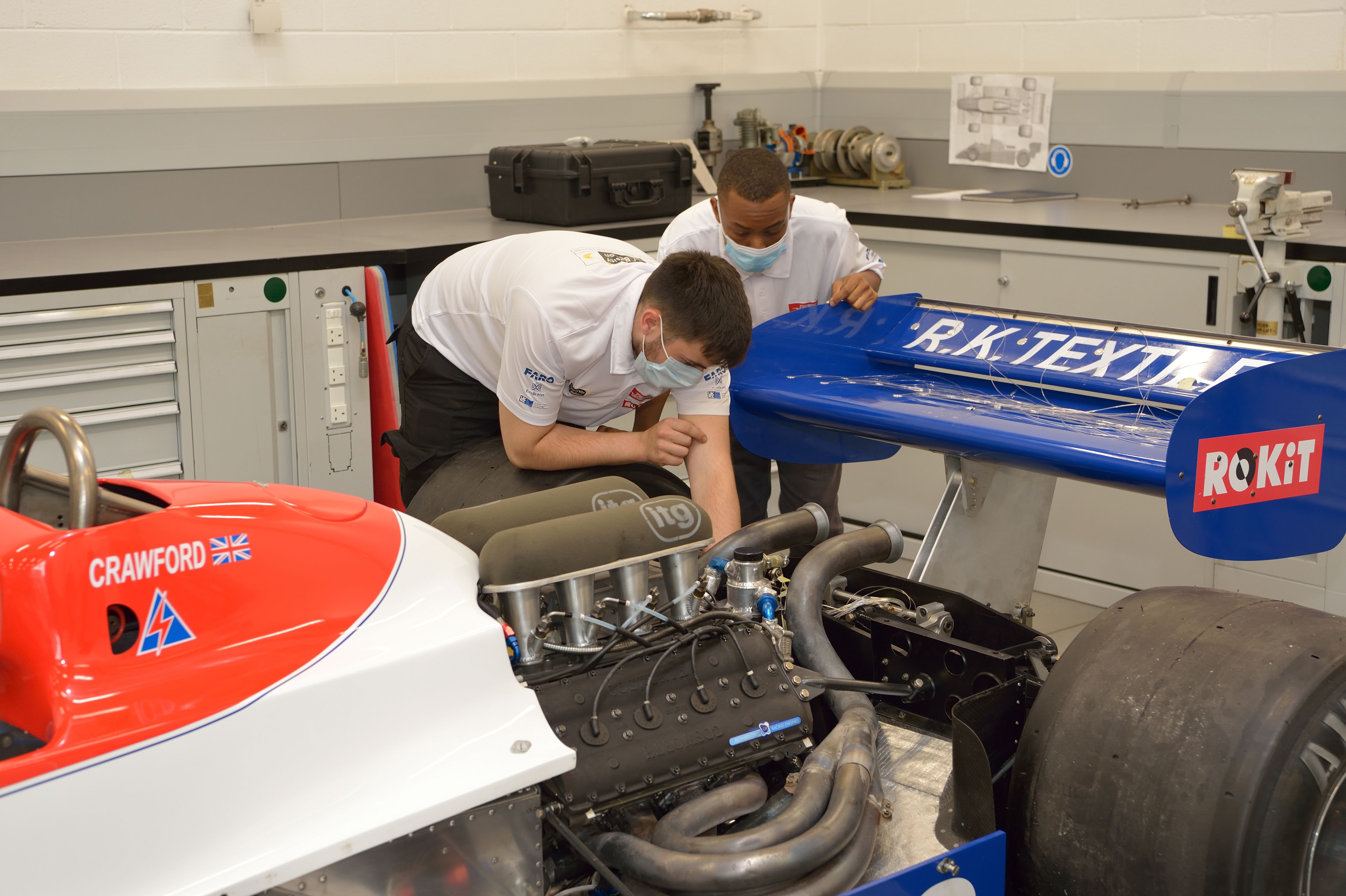 The University of Bolton has linked up with two entrepreneurs to answer a call from motor racing star Lewis Hamilton for more diversity at the top of his sport and to prepare a new generation of youngsters for the exotic world of Formula One.

While Hamilton is celebrating after winning the Hungarian Grand Prix, a group of students at the University's National Centre for Motorsport Engineering (NCME) are installing a powerful V8 racing engine into a Formula One car and embarking on their own journey to become the top engineers of the future.

Project Ensign is a radical and unique programme supported by two millionaires with a background that fired their commitment to help the youngsters identified by Hamilton, who fought his way from humble beginnings to the pinnacle of one of the world's most elite sports and wants more people like him to have a chance to reach the top.

One of the entrepreneurs is Dr Bob Fernley, a motor racing veteran, who has run teams on both sides of the Atlantic in IndyCar and F1, and received an Honorary Doctor of Engineering for his outstanding contribution to automotive engineering from the University of Bolton last year.

He is providing a 1981 Ensign Formula One car, which came sixth in the showpiece Monaco Grand Prix that year.

On July 27 and 28, the students from Bolton will be checking data they prepared in the classroom against the real thing on the track in Anglesey.

Three-time grand prix winner and popular Sky Sports presenter Johnny Herbert will be behind the wheel of the Ensign F1 car.

The aim is to race the Ensign at the Masters Historic Festival at Brands Hatch at the end of August and then the 2021 Historic Monaco Grand Prix, the warm-up event for the Formula One weekend, with the students working alongside seasoned veterans to get the Ensign ready for action for both events.

Bob and another millionaire benefactor Jonathan Kendrick, who both hail from humble upbringings themselves, stepped forward to help the National Centre for Motorsport Engineering programme (NCME) at the University of Bolton. They are passionate about their desire to attract students from the most disadvantaged backgrounds.

Jonathan has worked with the famous Williams team in Formula One and then launched himself as an entrepreneur, founding ROKiT, which now has businesses around the world.

He said: "I jumped at the opportunity to take part. As Lewis Hamilton has reminded us so forcefully, this is a time when children and teenagers need the opportunities to grow and develop and the University of Bolton is providing that."

"I managed to make a success of my life and I want others from difficult backgrounds to have the chance to succeed, too, in a fascinating and brilliant sport, which demands many important disciplines in engineering and science."

Bob, who was raised in a council home in Stockport, is providing the red, blue and white-liveried Ensign, which he had worked on as a young engineer almost 40 years ago and which now is part of his personal collection of historic cars.

He said: "Bringing in people like me and giving them a chance is what this is all about."

"There has long been the feeling, outlined by Lewis so eloquently, that women and people from the BAME community are missing from motor racing and Formula One."

"We want to change that, which is why Jonathan and I are acting as benefactors to try to bring through new, young talent that otherwise would never have the opportunity to surface."

This is the NCME's first venture into Formula One with its aerodynamic complexities and it presents a huge challenge for students.

They will be attempting to translate the theoretical work in the wind tunnel and in computer-aided design into the reality of carbon fibre, aluminium and steel of the Ensign.

Mark said: "It is wonderful to see the students blossom. They come to us fresh without really knowing what they are getting into and it is fantastic to see their faces when confronted with a real-life, fire-breathing machine like the Ensign."

"This is the exotic end of motor racing and Jonathan and Bob are anxious that we find students who can make their way in a world that they would normally be excluded from."

Professor George E Holmes DL, President and Vice Chancellor of the University of Bolton, described the project as "exciting and pioneering".

He said: "This shows what can be achieved when industry and education work together so well. Thanks to this, our students will be prepared to go into an industry having had hands-on experience on an F1 car. It is tremendous."

Emily Platt, aged 21, one of seven women on the NCME course, trying to break into a man's world, said: "We might learn about carbon fibre in the classroom, but this is the real thing and it is really exciting project for us all."

"As for me, I just want my chance and I will grab it."