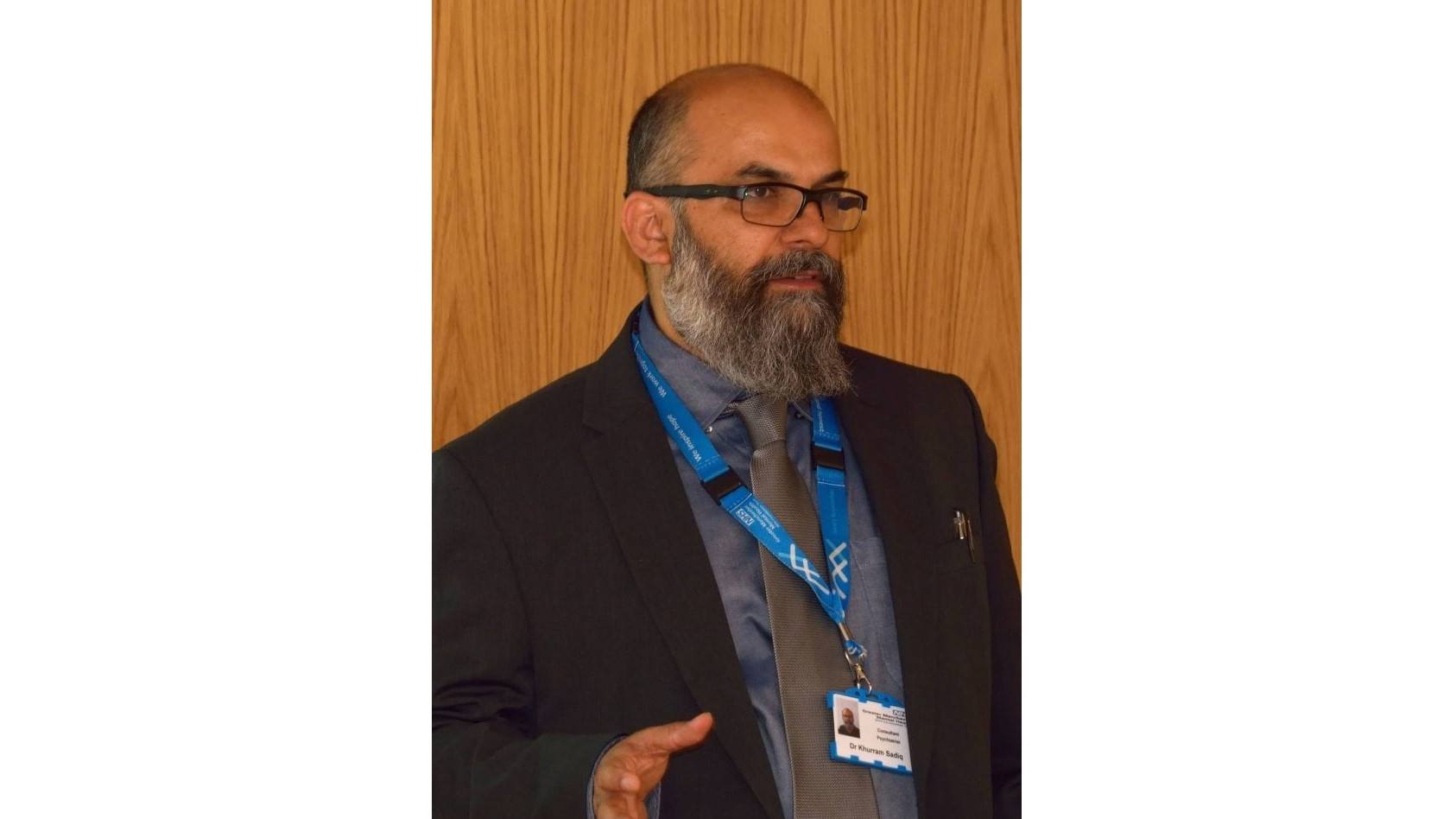 University of Bolton staff and students gained a much deeper insight into the potential negative impact of too much time spent online and social media as part of Mental Health Awareness Week. Dr Khurram Sadiq, a Consultant Psychiatrist working with Mental Health Homeless Team, Central Manchester and Home Based Treatment Team in South Manchester, accepted an invitation to talk at the university. During his presentation, he expressed his concern about the impact that social media and excessive screen time has on all ages, especially young people. Dr Sadiq said there was a generation of children growing up with major language deficiencies and developmental skills because they have spent too much time looking at a screen. Although Dr Sadiq said there were many good aspects to the increased access to online services, children needed care, love and affection and they were not getting that from their electronic device. He said he believed that raising awareness and telling people about the risk to mental health of too much time spent online was crucial and he added that these dangers needed to be explained in schools, universities and the NHS should be involved in campaigning. Mark Ayling, the University of Bolton’s mental health advisor, organised several events as part of Mental Health Awareness Week, supported by Jo Morgan, an Administrative Assistant with the disability team. Mark said each event was aimed at building awareness of mental well-being across the institution. He said: “Being able to get Dr Sadiq here to speak was a real coup and this year we have done more than ever around mental health awareness.” “We have held a well-being market and workshops on how to recognise and cope with exam stress and how to manage low mood. We have also been teaching students about how important it is to have the right mindset about future careers to increase employability.” Mark, who trained and worked as a psychiatric nurse in Greater Manchester before joining the university two years ago, said: “We want to continue to promote mental well-being and develop awareness for both students and staff.”