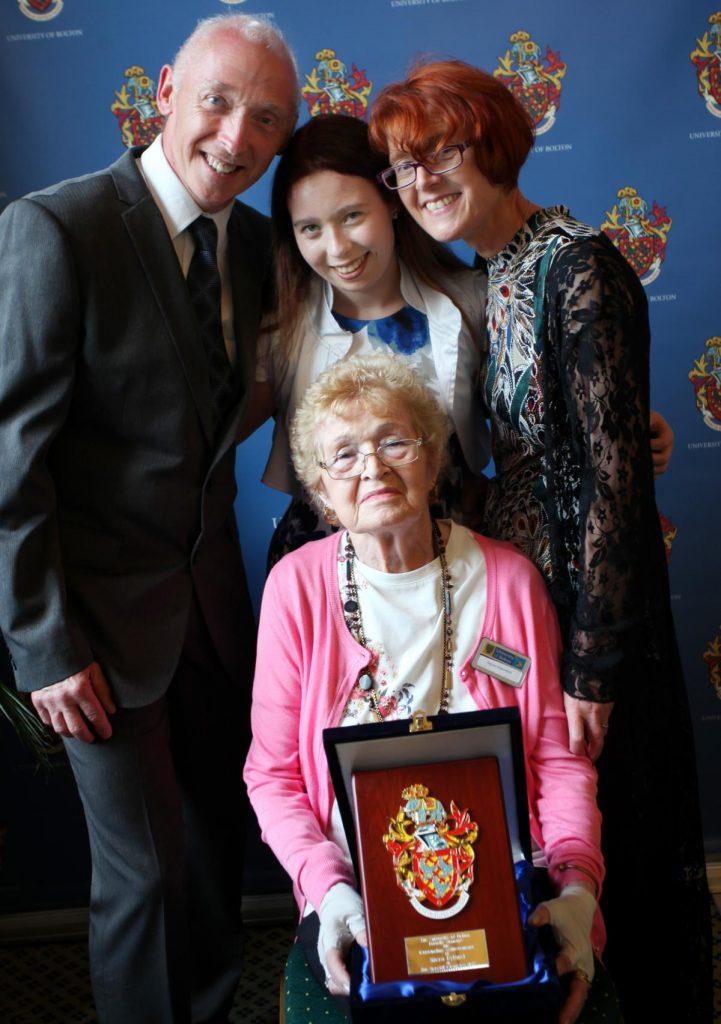 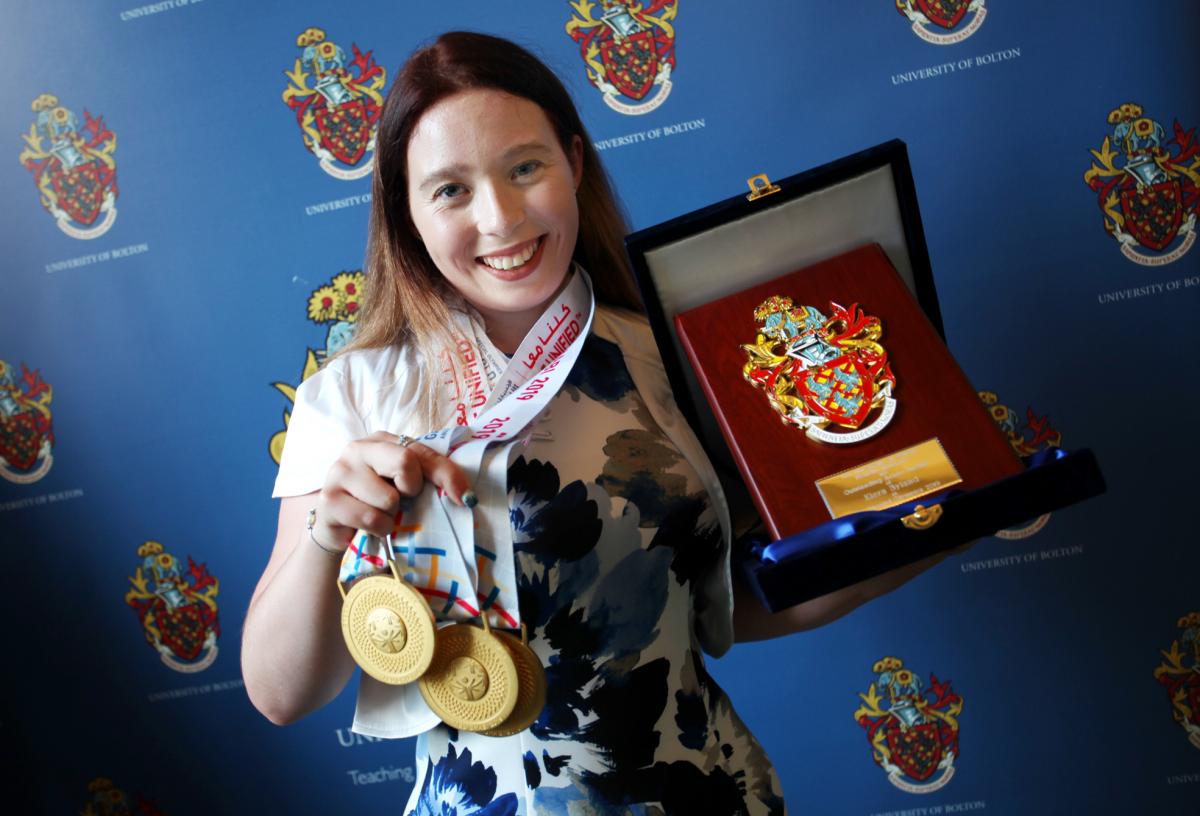 Kiera said: “It was lovely to receive such recognition at such an important ceremony. I have never been to anything quite like this and we all thoroughly enjoyed it. I can’t thank Bolton College and the University of Bolton enough.”

Mr Peter Cowgill, Doctor of Business Administration, for his outstanding contribution to business
Mr Cowgill is Executive Chairman of JD Sports. In 1985, he founded Cowgill Holloway Chartered Accountants and is currently Senior Partner of the practice, one of the largest independent practices in the North West.

Sue Lomax, Doctor of Education, for her outstanding contribution to education
After leaving school at 15 without qualifications, Sue opened a hairdressing business which thrived for over 30 years. After being diagnosed with cancer, she sold the business and pursued her O Levels and hairdressing qualifications at Bolton College, where she later became a hairdressing lecturer. She later acquired a Bachelor of Education with Honours at the Bolton Institute, the University of Bolton.

Professor Christopher Bigsby, Doctor of Arts, for his outstanding contribution to arts and literature
Chris is an award-winning academic, novelist and biographer, internationally recognised as the world’s greatest authority on the work of playwright Arthur Miller. He has collaborated with the University of Bolton’s Professor of Theatre, David Thacker, many times and most recently was a guest speaker at the University Gala Performance of Miller’s The Last Yankee, directed by David.

Sir Cary Cooper CBE, Doctor of Education, for his outstanding contribution to psychology
Sir Cary is a world-leading expert on well-being and Co-Chair of the National Forum for Health and Well-being at Work. He has devoted his career to occupational psychology, health, and well-being at work.

Mr Robert Fernley, Doctor of Engineering, for his outstanding contribution to automotive engineering
Robert began his career in the 1970s and established a semi-professional motor racing team competing with Chevron Formula Atlantic and Formula Two cars manufactured in Bolton. He went on to head various technology projects before returning to design and reconstruction and returned to Formula One.

Dr Selva Pankaj, Doctor of Education, for his outstanding contribution to further and higher education
Selva is Chief Executive Officer of the Regent Group; a London-based educational, real estate and investment management group that has educated thousands of students since its formation in 2000.

Mr Maurizio Bragagni, Doctor of Business Administration, for his outstanding contribution to business
Mr Bragagni’s career began in Italy building up his family business, through to his current success as Chief Executive of the UK arm of Europe’s only independent cable manufacturers, Tratos. He launched the Safer Structures Campaign in 2017, in the wake of the Grenfell Tower tragedy in London.

Atul Pathak OBE, Doctor of Business Administration, for his outstanding contribution to business
Atul is one of the UK’s most successful franchise entrepreneurs, running 37 McDonald’s restaurants through his company Appt Corporation Ltd. He employs over 3,000 staff and is involved in the communities where his restaurants operate. In the last ten years, Atul and Appt Corporation have raised and donated more than £1m for Ronald McDonald House Charities, providing a home from home for parents of hospitalised children.