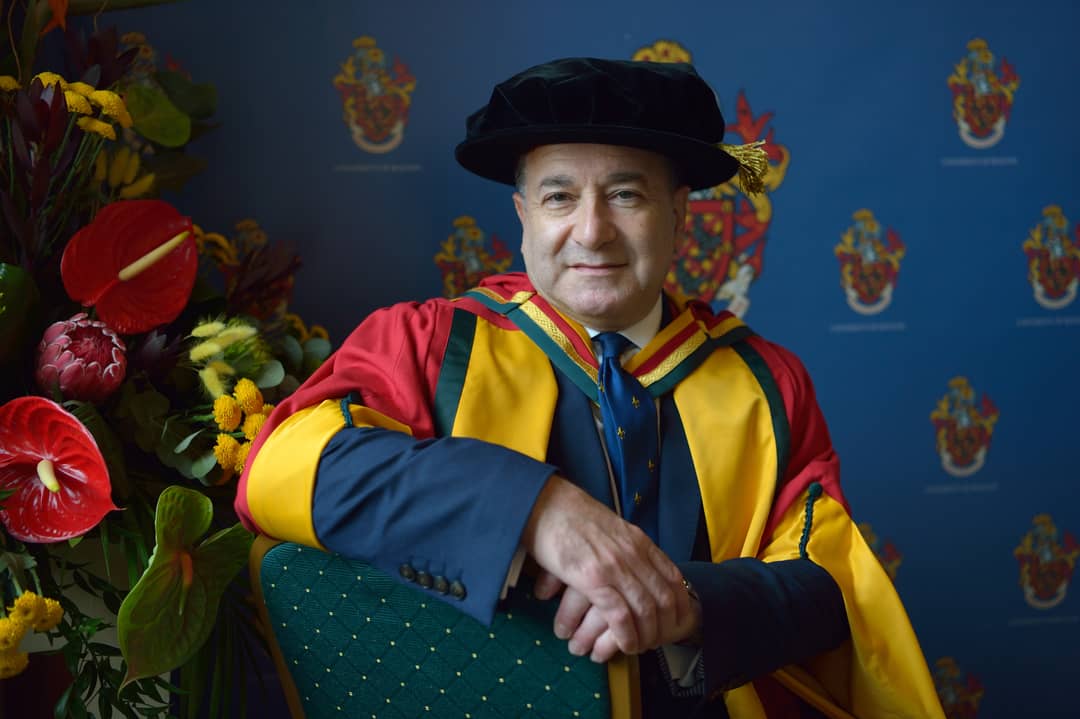 An artist who has sculpted and painted royalty, prime ministers and even North Korean leader Kim Jong Un was honoured by the university.

Nadey Hakim became a Doctor of Arts for his outstanding contribution to aesthetics in a graduation ceremony. His artistic talent first hit the headlines when his sculpture of David Cameron was presented to the former Prime Minister at the Carlton Club in London. Since then he has gone on to work with high-profile international clients with commissions from North Korea to Argentina. Some of his clients have included Queen Elizabeth II, Pope Francis at the Vatican, President Macron at the Elysee Palace, Theresa May at Downing Street and Supreme Leader Kim Jong Un at the Pyongyang Museum in North Korea.

Nadey’s portraits are on permanent exhibition in countries all over the world. As well as his art career, he is a Professor of Transplantation Surgery at Imperial College, London. He said he was delighted to be recognized for his work in the arts.

“I am a surgeon but today I am being honoured for my passion, which is the arts. I would like to thank the University of Bolton for this great accolade.”

Karen Partington, Doctor of Health Care, for her outstanding contribution to health care
Karen joined the NHS as a student nurse in 1980. She worked her way up the ranks and moved into her current role of Chief Executive of Lancashire Teaching Hospitals in 2011.

Andrew Fleming, Doctor of Philosophy, for his outstanding contribution to the British Civil Service
Andrew, a Civil Servant of 31 years, has dedicated his career to international migration and has served in Uganda, Ghana and Nigeria. As Deputy High Commissioner, Andrew promoted business and trade between the UK and key Indian states.

Sir David Dalton, Doctor of Health Care, for his outstanding contribution to health care
Sir David began his career in the NHS in 1979 as an Administrative Trainee and has since served as Chief Executive at Salford Royal for over 17 years. In 2016 he was invited to offer leadership to the Pennine Acute Trust and together with Salford Royal, he created the Northern Care Alliance, an NHS Group serving the needs of Salford, Bury, Rochdale, Oldham and North Manchester areas.

Dr Onalenna Stannie Seitio-Kgokgwe, Doctor of Education for her outstanding contribution to education
Dr Seitio-Kgokgwe has been dedicated to revolutionising and improving the performance and quality of health services across the world.

Sue Luke, Doctor of Arts, for her outstanding contribution to the Arts
Alongside her son, Jamie, Sue opened the first ShockOut Dance School, with the vision of providing industry-standard training in the North West. She went on to operate the Professional and Commercial Dance Course at the University of Bolton, in alliance with ShockOut Arts.