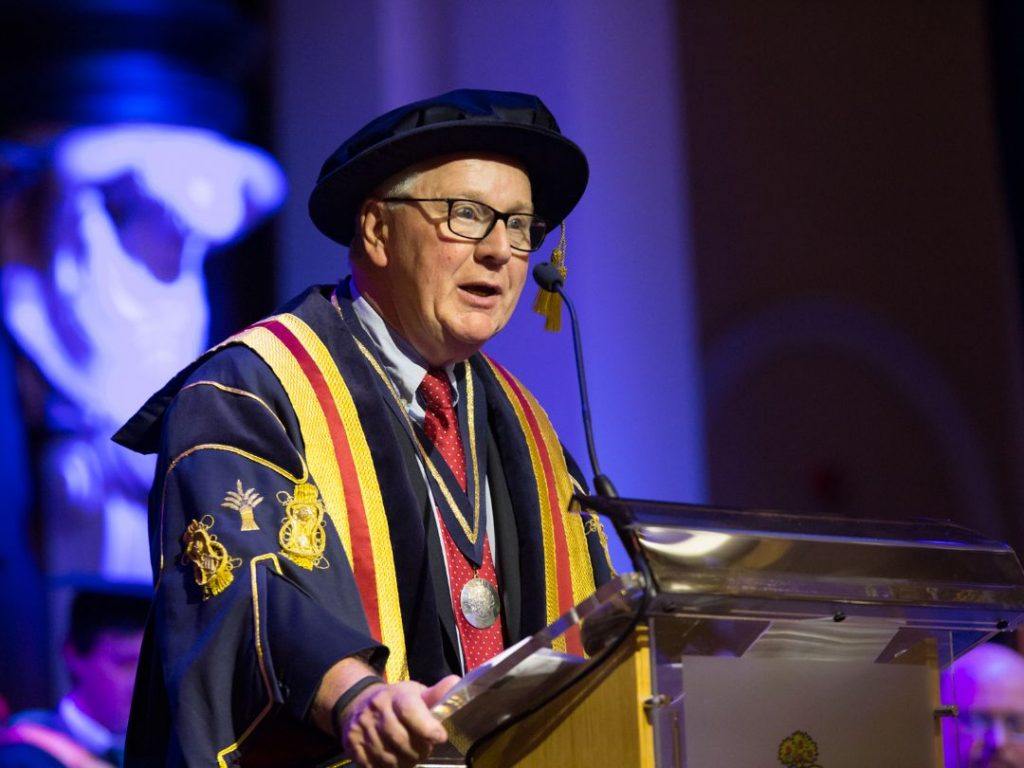 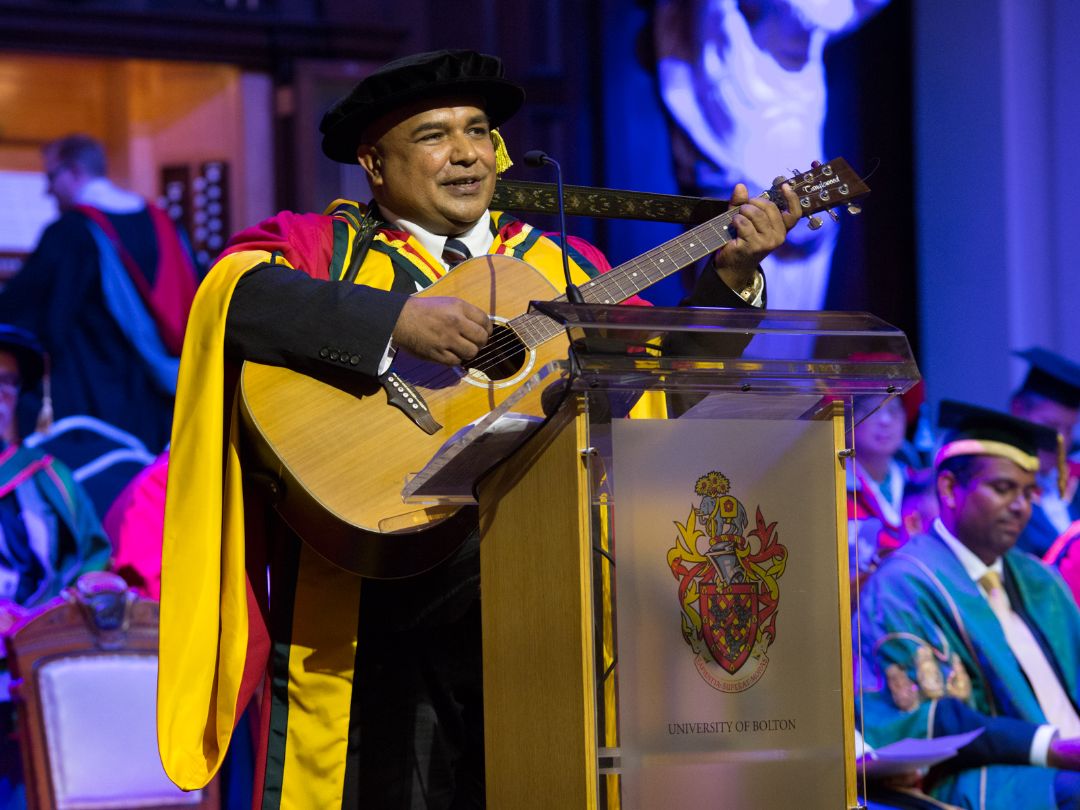 A guitar-playing Chief Executive who could be the next president of Sri Lanka by Christmas received an honorary doctorate from the university and serenaded the audience with a Simon and Garfunkel song.

Rohan Pallewatta, Sri Lanka’s Social Democratic Party presidential candidate, was awarded Doctor of Engineering for his outstanding contribution to engineering. Before he was presented with his degree by the university’s Pro-Chancellor Brett Warburton, he took out his acoustic guitar and performed his rendition of ‘Flowers Never Bend With The Rainfall’.

He said: “I am very proud to receive this award from the University of Bolton. It is a great honour. I love to play the guitar before I speak as I feel it engages the audience in a better way. I have enjoyed my day very much.” Sir John Sorrell CB, Doctor of Education for his outstanding contribution to education
Sir John has championed the UK’s creative industries for more than 50 years and is co-founder and President of London Design Biennale and co-founder and Chairman of London Design Festival, now in its 17th year. Sir John is an advisor to the Mayor of London on Brexit and the creative sector.

Andrew Cowan, Doctor of Business Administration for his outstanding contribution to business and industrial development
Andrew joined Manchester Airport Group in 2013 as Chief Operating Officer and in 2017 became Chief Executive of Manchester. Andrew studied Electrical and Electronic Engineering at the Bolton Institute and the University of Bolton.

Professor Nawal Prinja, Doctor of Engineering for his outstanding contribution to the energy industry
An expert in his field, Nawal is currently the Technology Director of Wood plc (Nuclear). He is active in promoting and encouraging work and research in his area of expertise and holds a position of Honorary Professor at four British universities: Aberdeen, Brunel, Bangor and Bolton. He was appointed as an advisor to the UK Government to help formulate their long-term R&D strategy for the nuclear industry.

Rolf Richterich, Doctor of Engineering for his outstanding contributions to engineering
Rolf has devoted his career to Mechanical Engineering, Business Administration and Management. During his time at the University of Integrated Studies in Horb, Germany, he visited Bury and Bolton to start the discussion on local schemes for foreign students studying in the UK. He later joined the faculty of Engineering at the University of Bolton and now holds the role of Master of Business Administration Programme Manager.