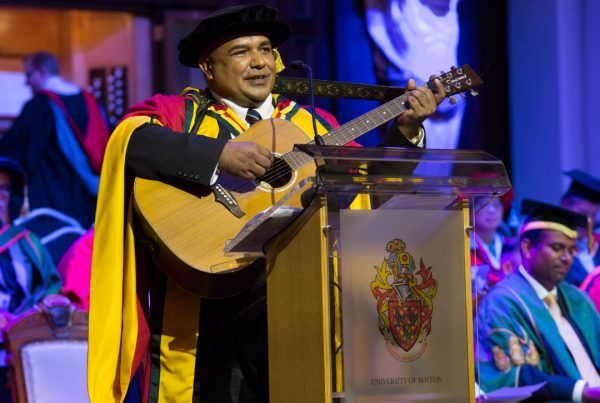 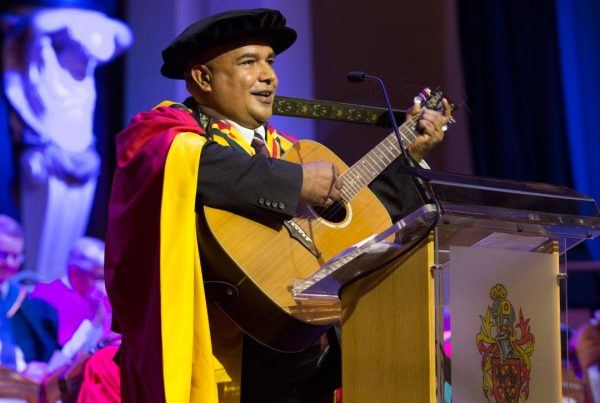 Dr Rohan Pallewata, Chairman of Lanka Harness, Sri Lanka and candidate for the presidential office was recognised by the University of Bolton (a United Kingdom state university) last week on 18 July 2019 for his intellectual capability and success in leadership and international business. Rohan was applauded as being unique showing exceptional leadership and management skills as well as being philanthropic.

The Provost of the University Dr Zubair Hanslot said of Rohan “every so often you come across exceptional people that do remarkable things and help others in a selfless way. Rohan’s leadership and attention to detail in ensuring his nation produce automotive products to exacting specifications is indeed praiseworthy. Rohan’s research on ‘Acculturation as an advanced Management tool’ has created new knowledge that can be applied to many a business to cut down unnecessary organisational layers and indeed transform industries toward being lean and internationally competitive.

Rohan took the design of the automotive airbag sensor for the automobile and created innovative manufacturing processes resulting in his sensors not exceeding a failure rate of one in every one million sensors. Many people and organisations have tried to make these sensors to this exacting standard and failed. Despite the world saying Sri Lanka cannot produce items to these exacting specifications, Rohan armed with his belief in his people and his nation, and knowing there is the gene in Sri Lanka’s DNA to excel, proved the world wrong. Not only does he lead a successful business employing lots of people in Sri Lanka, he is also selfless in his philanthropy to many causes. Rohan is a natural leader who has the intellectual capacity, the know-how and commitment/dedication to being fair, just and able to unite Sri Lanka and he can take Sri Lanka to the next stage of its development. Rohan, in his own organisation, was able to change the culture towards enhanced team-working and high quality of work.

Rohan is capable of making Sri Lanka a great and prosperous country. Dr Hanslot himself has witnessed how Rohan engages with rulers of kingdoms and politicians around the world. He shows total commitment to helping Sri Lanka. Through the advent of this award, the university will ensure the partnership between UK and Sri Lanka is strengthened and help the nation to take it to the next level, especially if Rohan is voted as its president.

As far as we are aware, the UK has thus far not been approached by any other presidential candidate of Sri Lanka to trade in, bringing Sri Lanka a brighter, better and more prosperous future.