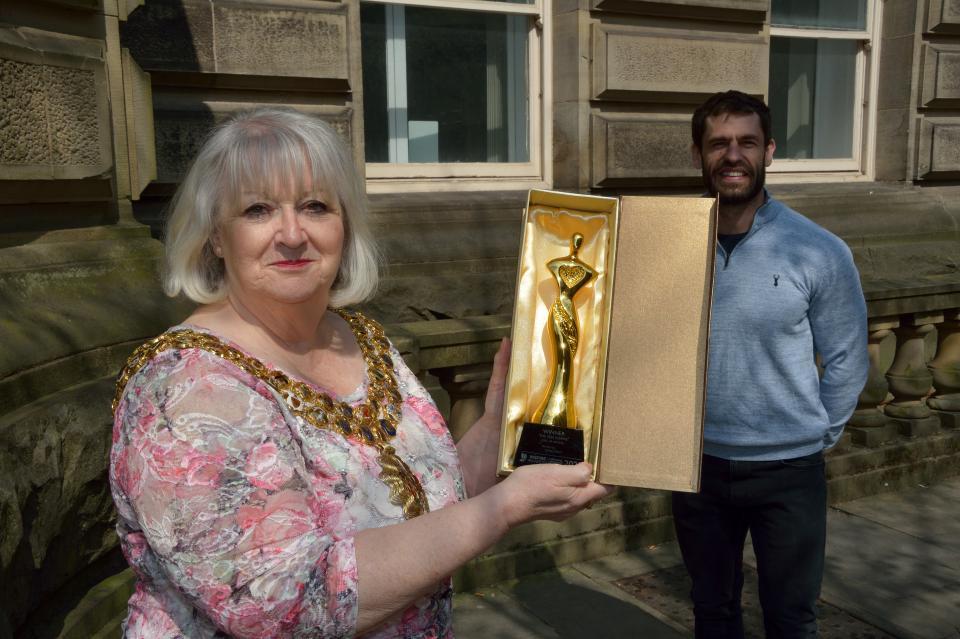 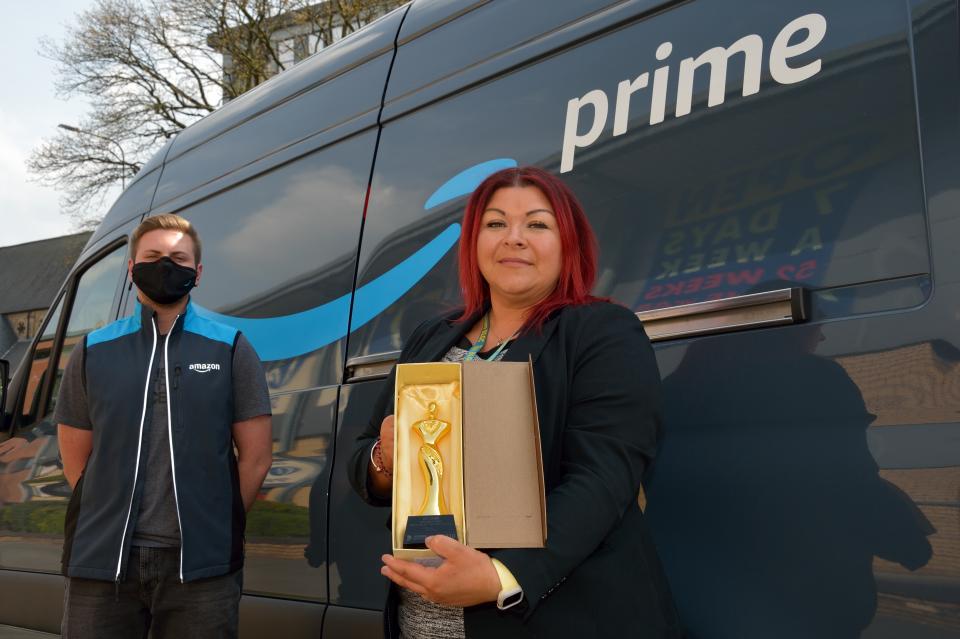 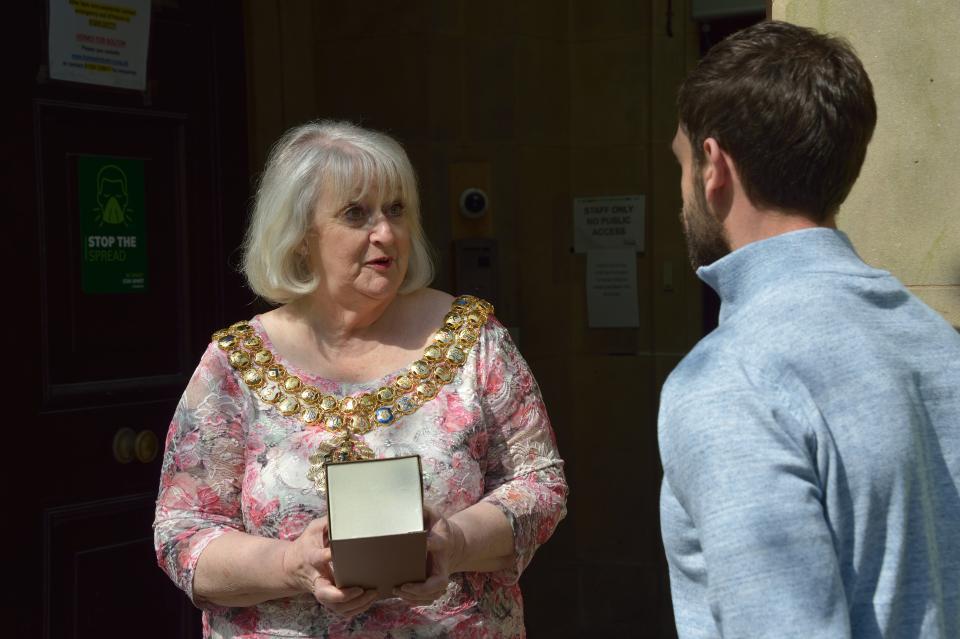 Kelvin brought smiles to award winners’ faces when he personally delivered trophies to them in a whistle-stop tour of the North West. The former Emmerdale star and winner of Strictly Come Dancing in 2019 hosted the 2020 She Inspires – Celebrating Women Awards ceremony virtually because of the pandemic. He kindly volunteered to personally deliver the impressive trophies to the winners who had missed out collecting them on stage under the spotlight.

Gulnaz Brennan, Founder of the She Inspires Awards, said: “We had planned to post the trophies, but Kelvin has been so generous with his time. “We owe a debt of gratitude to him and huge thanks to Zubair Hanslot, the Provost at the University of Bolton.”

The Mayor of Bolton, Councillor Linda Thomas, accepted the Girl Up Award on behalf of Gay Wharton, a former Bolton Mayoress and tireless charity supporter, who died in a tragic road traffic incident last November. Receiving the trophy outside Bolton Town Hall from Kelvin, the Mayor said: “I am delighted to be receiving Gay’s posthumous award from Kelvin on behalf of Gay's widower and husband Stevan.”

Kelvin also called at Bolton Lads and Girls Club to present a trophy to Kelly McFadden, the club’s Head of Fundraising and Communications. Her award was collected on her behalf by Laura Pendlebury, the club’s Relationship Manager. Kelvin said: “It has been a fantastic day. Under normal circumstances, on the night I would have been meeting the winners face to face and hugging them as I gave them their trophies. “That obviously wasn’t possible because of the pandemic, so this was the next best thing and the least we could do to recognise these amazing women.”

Amazon also agreed to collaborate with the University of Bolton in planning the delivery of the awards. A driver who delivers for Amazon, along with the Amazon delivery van, was present when the award was handed over to Laura Pendlebury, from Bolton Lads and Girls Club.

This year’s event promises to be equally prestigious, but with six of the 18 categories now opened up nationally and globally.