How the Nutcracker became a Christmas classic 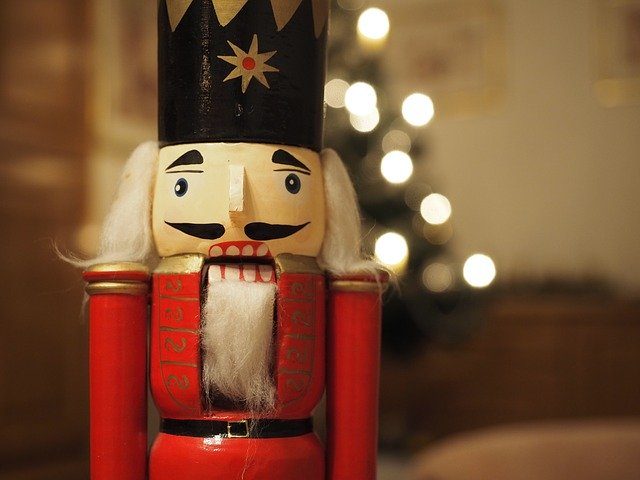 As we enter the month of December, ballet companies all over the world will be presenting their take on Tchaikovsky’s classic ballet: The Nutcracker. But how did Tchaikovsky’s ballet become a staple of the festive season?

Nutcracker dolls are a traditional festive gift exchanged in Germany, which dates back to the 15th century. Their origin myth tells the tale of a lonely but wealthy German farmer who struggled with opening the outer shell of nuts. As a solution, he set his village a challenge; to whoever could come up with the best solution for his issue. The local puppet-maker won, building a lever-mouthed doll which cracked nut shells open, swiftly and efficiently.

Nutcrackers finally got their day of recognition outside of Germany when Peter Tchaikovsky adapted an 1816 E.T.A Hoffman Christmas story called The Nutcracker and the Mouse King for the famous ballet ‘The Nutcracker’, which was first performed in 1892.

The Christmas ballet was first performed outside Russia in England in 1934 and its first United States performance was in 1944 by the San Francisco Ballet, but the holiday ballet did not begin to achieve its great popularity until it became a hit in New York City, after Walt Disney used some of the Nutcracker music in his animated movie Fantasia.

The London Coliseum summaries the story as: ‘On a sparkling Christmas Eve in a frost-dusted Edwardian London, Clara receives an enchanted Nutcracker as a present. Together, they discover a magical world where she battles with the Mouse King and meets a handsome stranger.

As the air grows colder, Clara and her valiant Nutcracker take a hot air balloon ride across London to the glistening Land of Snow where a puppet theatre comes to life with dancers from around the world.’

The Nutcracker has become the most frequently performed of all ballets and has served as an introduction to classical music for many young people, as well as a family Christmas tradition for ballet and theatre enthusiasts.

Do you want to pursue a career in Dance?

Dance at the University of Bolton is top three in the UK for teaching quality, according to The Times Good University Guide 2017. On our Shockout Arts course

you’ll be working with award-winning industry professionals, developing your technical skills in a state-of-the-art studios.

For more information on the courses we offer in dance as well as events and news, click here.

Why not dance your way into a great career?