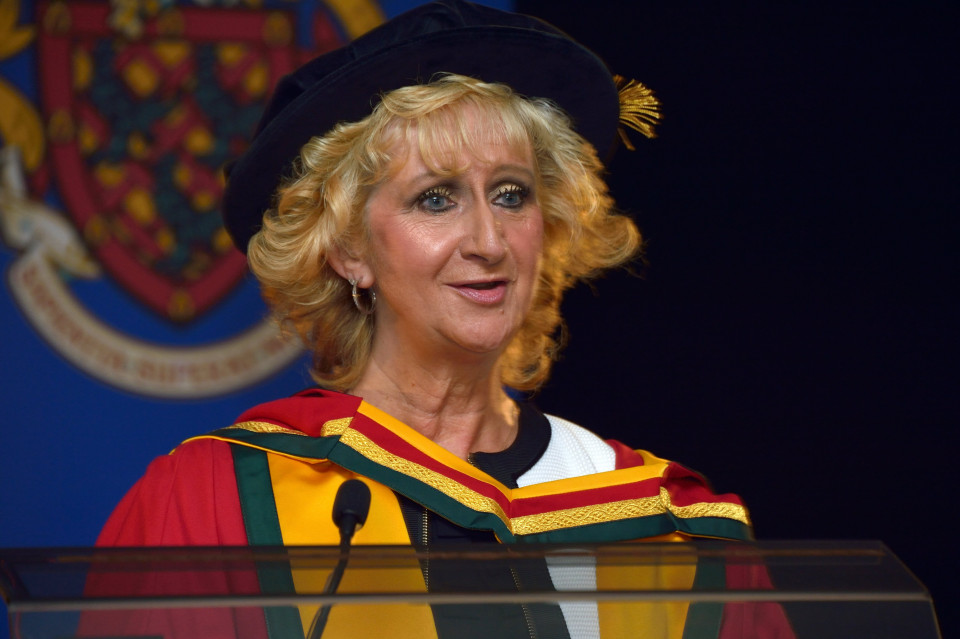 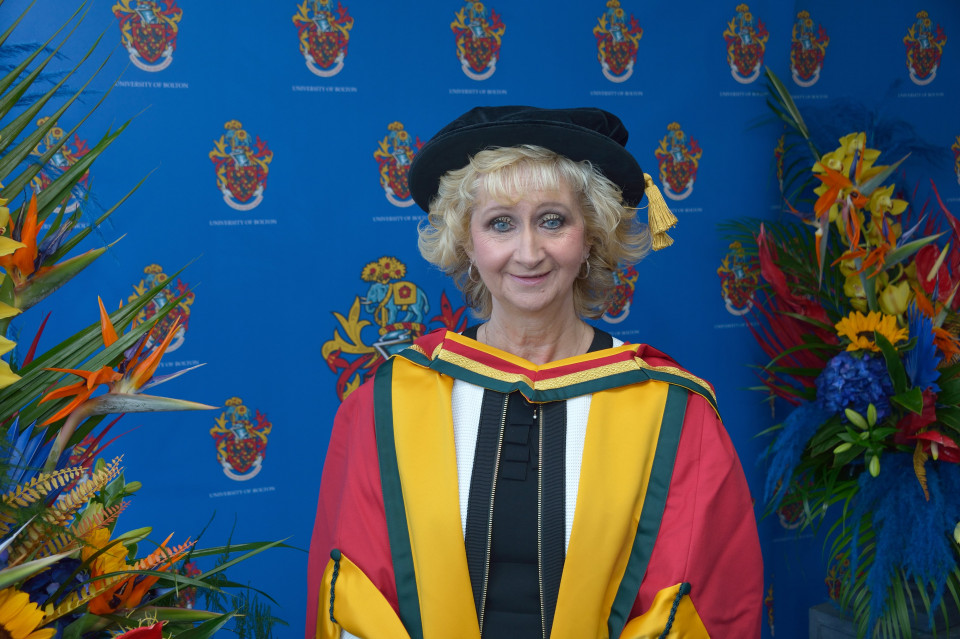 The head of a Bolton refuge dedicated to supporting women, families, children, and young people affected by domestic violence received an honorary doctorate from the University of Bolton.

Gill Smallwood, Chief Executive of Fortalice, was awarded a Doctor of the University for her outstanding contribution to Women and Children.

She said: “I am honoured, humbled and delighted to receive an honorary doctorate from the University of Bolton.”

Mrs Smallwood received the Honorary Doctorate from Baroness Helen Newlove, Pro Vice-Chancellor of the University of Bolton, in a unique Covid-secure ceremony which was filmed for a special movie documenting this year’s innovative ‘Alternative Graduation’.

Fortalice is a charity that provides frontline services, and a refuge, with 22 flats to support victims of Domestic Abuse and Violence.

Mrs Smallwood’s journey in education started when she gained her qualification to become a lecturer in Further Education. She taught in various curriculum areas until she became an Advanced Practitioner and found her vocation working in Teacher Education.

After undertaking a placement at Fortalice, she worked as a Volunteer Counsellor. When one of her students was tragically murdered by her partner, Mrs Smallwood became a Director on the Board to learn more about what she could do to help educate people around domestic abuse.

In 2011, she changed her career after 28 years in education and eventually went on to become Chief Executive for the organisation but faced huge funding cuts.

She recognised that to sustain the organisation’s services for victims suffering the effects of domestic abuse, she needed to develop a business model to survive in a competitive funding world.

Fortalice now meets the needs of a broader victim base, providing a more responsive service that is innovative in working on new early intervention programmes around domestic abuse.

Mrs Smallwood said: “I couldn’t have achieved what I have without the help and support from my staff, colleagues, friends, but most of all, my wonderful family, who at times have had the patience of a saint when I appeared home at unearthly hours, because we had a victim who needed our help or because I was writing a bid to gain much-needed funding.

“I would like to thank the University for being one of Fortalice’s patrons. Your help and support have been immeasurable in helping us raise the profile of domestic abuse in Bolton.”

To the graduating students, she said: “I would say to you all, go out, work hard, follow your dreams, but most of all enjoy all that you choose to do in life.”