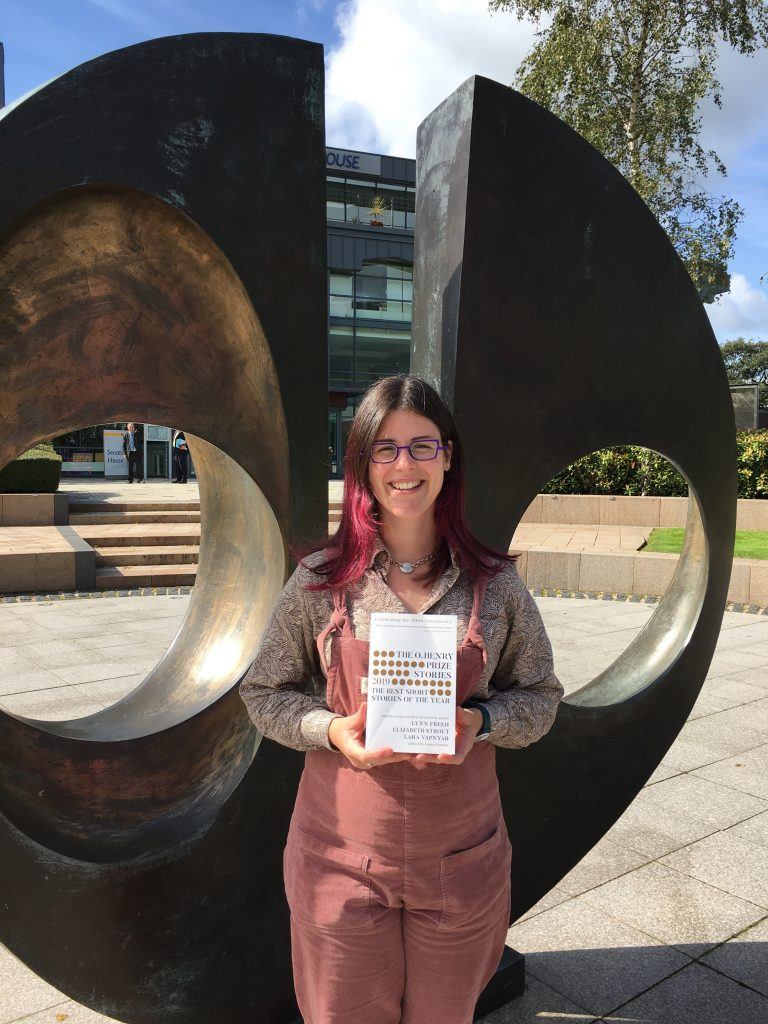 Dr Valerie O’Riordan, lecturer in Creative Writing in the School of the Arts, has been recognised for her fiction writing with an American literary award given to “short stories of exceptional merit”.

The O. Henry Prizes, named after the American short-story writer, are awarded by a panel of esteemed judges to the 20 best new short stories published in US and Canadian magazines each year. O’Riordan’s success arrives in the prize’s centennial year. Previous winners have included household names such as Stephen King, Alice Munro, Raymond Carver, Mark Haddon and A S Byatt.

As part of the prize, O’Riordan’s story ‘Bad Girl’, which first appeared in the periodical LitMag, has been published in the prestigious annual anthology. An Anchor Books original, The O. Henry Prize Stories 2019 continues “a century-long tradition of cutting-edge literary excellence”, containing the twenty prize-winning stories, chosen from the thousands published in magazines over the previous year. According to this year’s judges, “the winning writers are an impressive mix of celebrated names and new, emerging voices”.

Commenting on the achievement, O’Riordan said: “I’m delighted to have been recognised by the judges of the O. Henry Prize this year. As a writer, you work away in the hope that your stories find readers but it also helps when you get the kind of recognition that allows you to reach new audiences.”

Dr Jill Marsden, Head of Department commented: “We are thrilled for Valerie and her recent success, which offers further recognition of the staff expertise here on the English and Creative Writing programmes at Bolton. Students on our programmes are taught by skilled practitioners and researchers, and Valerie’s achievement in winning an O. Henry Prize is an excellent example of that expertise.”