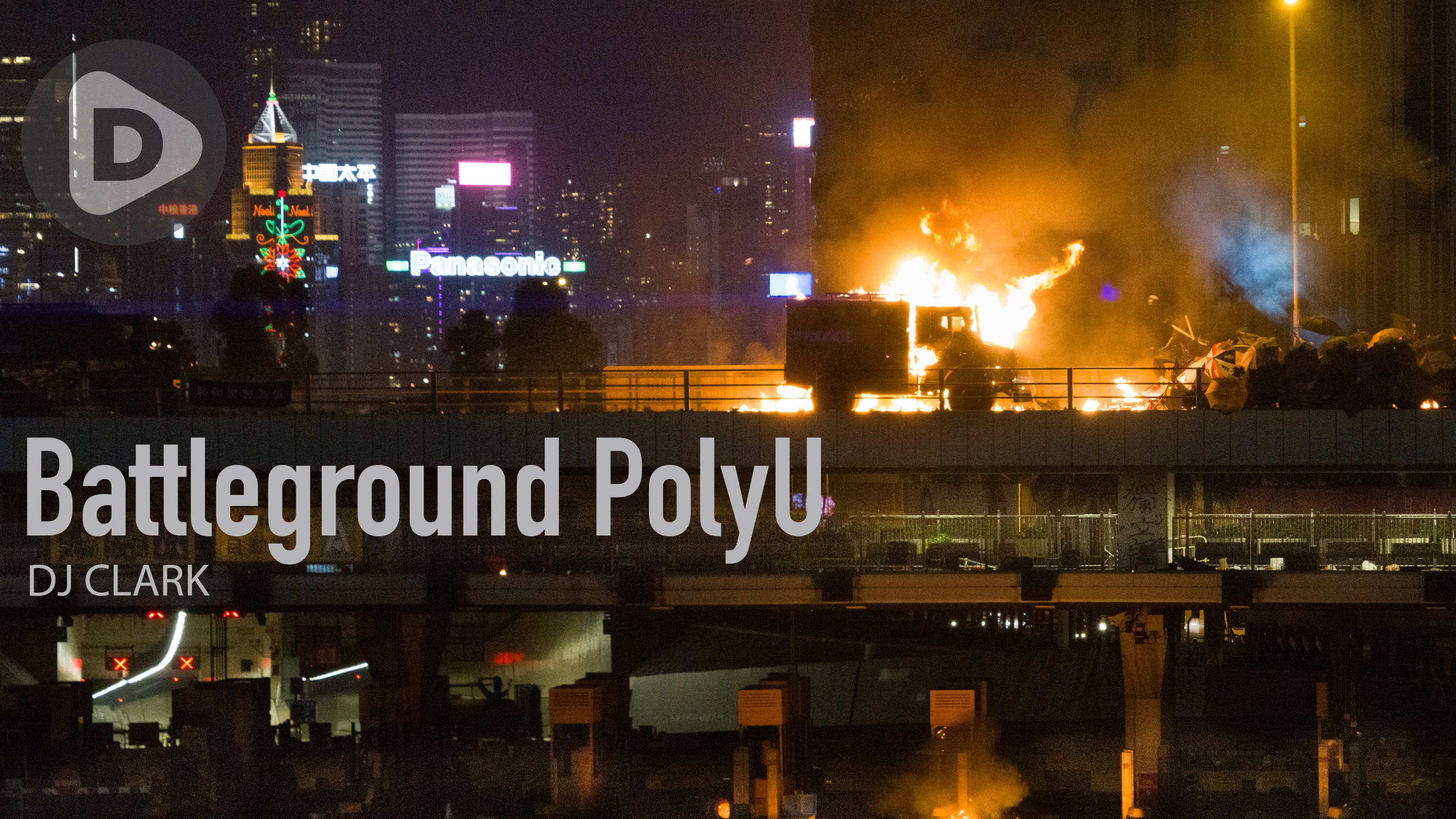 The University of Bolton course leader in MA Visual Media, Dave Clark, has won two prestigious global awards for a documentary film he shot during the violent Hong Kong protests.

Dave Clark, who teaches in Hangzhou, China, won ‘Interactive of the year’ and ‘Outstanding Immersive Experience’ in the World Press Photo Awards in the ‘Digital Storytelling Interactive’ category. The films captured the dramatic footage of violent clashes between students and police using an immersive 360-degree camera at PolyU, a Polytechnic University in Hong Kong, last November.

He had narrow escapes from being hit by petrol bombs as he made his documentary ‘Battleground PolyU’.  In 2006 Dave was sent by the University of Bolton to China to set-up a new MA degree in Documentary/Photojournalism/Travel Photography. He ran that for four years in Dalian and then the course was moved to Beijing and the MA changed to Multimedia Journalism.

The Beijing MA course still runs, but Dave moved to Hong Kong in 2015 to help set up a new MA in Hangzhou in Visual Media. He is Course Leader there on a part-time contract and also works as Multimedia Director at China Daily Asia in Hong Kong.

Dave said: “It allows you to experience what it was like to be there. I hope this will make it an important historical record of the event.

“Can you imagine how interesting that would be if you could put yourself into the middle of the D-Day landings?”

Dave said he was “over the moon” to have won the World Press Photo Awards categories, that were announced on Friday 16 April.

“It is wonderful to be recognised alongside so many amazing visual storytellers. I will be having a few drinks to celebrate at home.”