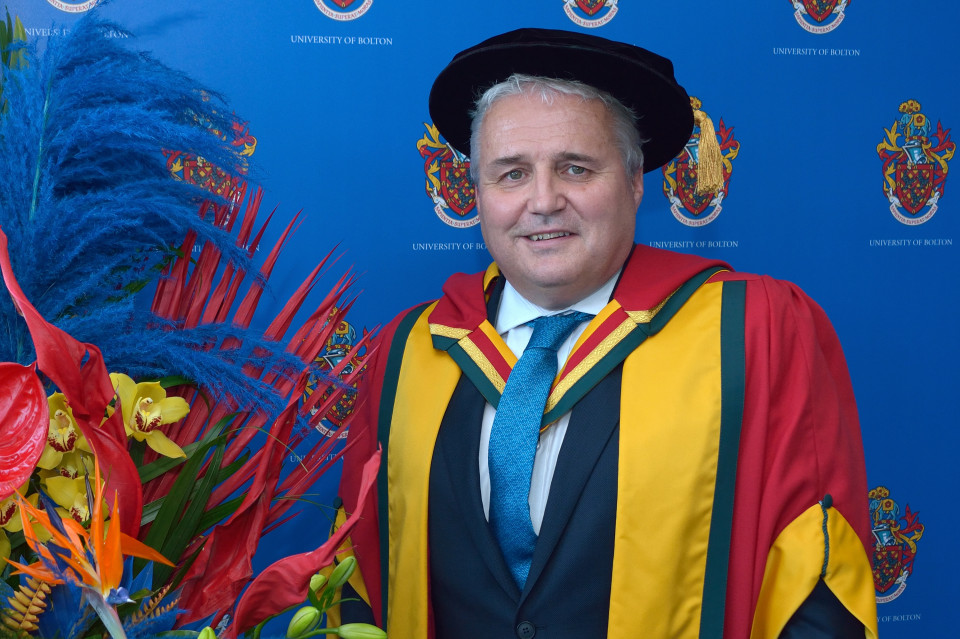 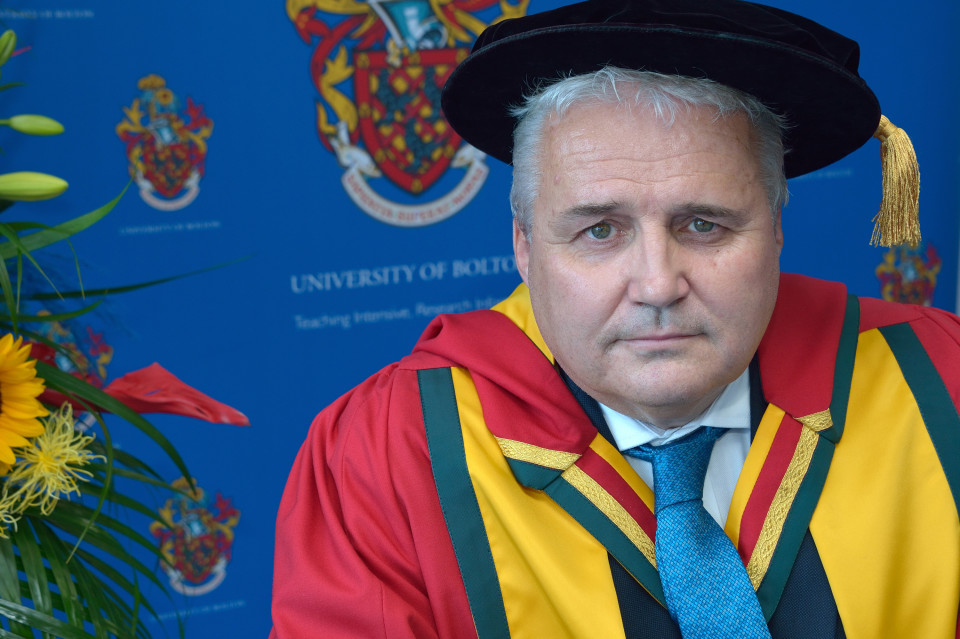 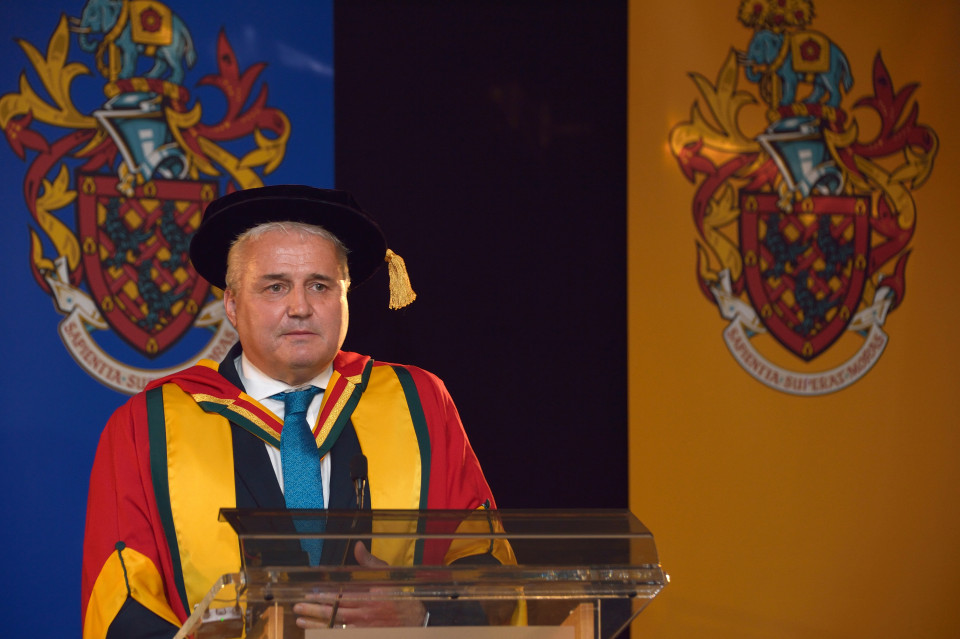 The Chief Executive of Bolton Council received an honorary doctorate from the University of Bolton. Tony Oakman was awarded a Doctor of the University for his outstanding contribution to the town of Bolton.

He said: “This is a remarkable experience for me – an honour and a privilege. It reflects on the work of all staff and politicians of the council, their commitment and hard work. I feel very privileged”.

Mr Oakman received the Honorary Doctorate from the Chancellor of the University of Bolton, the Earl of St Andrews, in a unique Covid-secure ceremony which was filmed for a special movie documenting this year’s innovative ‘Alternative Graduation’.

Mr Oakman has worked as a public servant in the NHS and local Government for more than 35 years.

He graduated in History at Lancaster University, and later studied for a postgraduate degree in Social Work.

For the past 19 years, he has operated at a corporate board level in some of the most challenging urban areas of the country, both in local authorities and with the NHS.

Mr Oakman has been the Chief Executive of Bolton Council since January 2018. During the past 14 months, he has worked with his team and partners to tackle the significant impact of Covid-19.

This has required a significant shift in how the council plans and delivers its core business while dealing with the unforeseen impact and challenges of the pandemic.

As he received his award, he said: “It is a privilege to be the Chief Executive of Bolton Council. It is a great job and a great place, because of the people and partners I work with. I am also grateful to the support of my family who on occasions have had to accommodate the demands of the role”.

“The University is the bedrock of what makes a town thrive and the Bolton family has pulled together in the most difficult circumstances.”