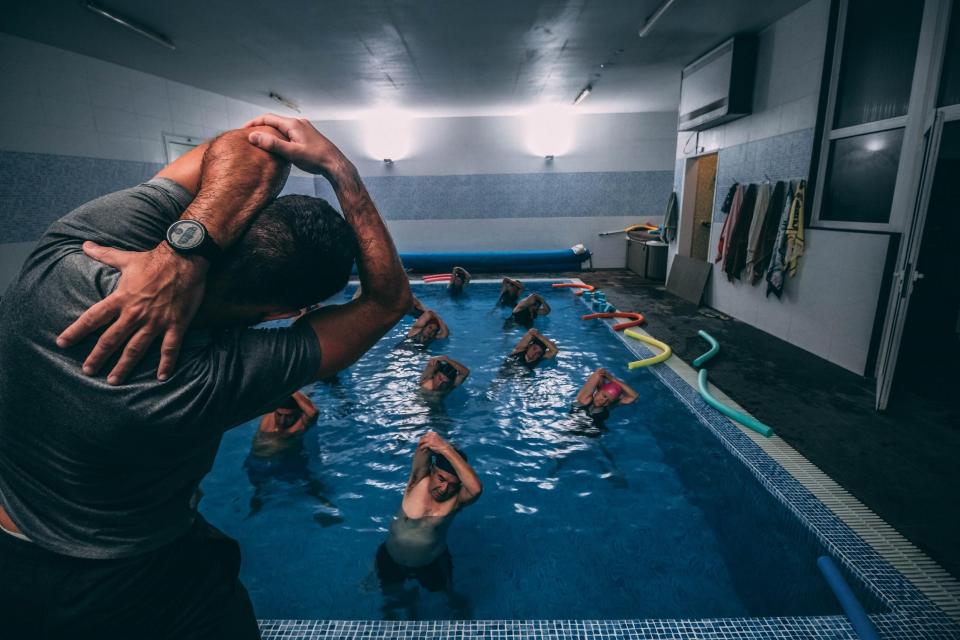 If you love helping people, especially people who have suffered injury and need help getting back to their best, this could be the perfect degree for you. The University of Bolton offers one of the best student experiences in the UK and our Sport Rehabilitation and Physiotherapy courses are based in the Bolton One facility, our £31 million sport, leisure, health and research centre.

When Andy Murray tearfully announced the probable end of his tennis career at Melbourne in January 2019, it was a dark time for the man, not to mention his loyal fans. The hip injury he had been struggling with since 2016 was just causing him too much pain to compete at the highest level. It was actually causing too much discomfort to even take the dog for a walk.

He dropped out of the Australian Open and said, if he was able to perform, Wimbledon that year would mark his official retirement.

Fast forward to the summer of 2020, and far from resting his feet at his hotel in Scotland, Murray was actually pushing forward in what only a year ago would have seemed like a very unlikely road to recovery.

It was only due to certain advances in medicine and sport rehabilitation that allowed this. And perhaps a good dose of grit from Murray himself, but without a pioneering surgery only recently invented, there’s no question Murray would have retired as planned.

Only weeks after the shock retirement announcement, Murray underwent a last ditch hip resurfacing surgery, which somewhat miraculously opened the door to this return. What took place between that surgery and this summer, of course, was a load of rehabilitation work.

From the gentle reintroduction to exercise on a bike, to hydrotherapy sessions to reduce swelling, Murray went through a carefully planned programme. Strengthening and flexibility exercises were more important than playing actual tennis so that he could restore his general athleticism, improve his movement, and heal the damage of surgery.

One of things Murray is known for is his team of support staff, and they played a critical role in managing this recovery. In normal times, though, they played a constant role of managing Murray’s recoveries and built ups around matches, meaning the science of sport rehabilitation is always used in sports, even where there is no injury.

Today, Murray is closer than ever to making a full recovery, and we can all hope to see him push for another Grand Slam in the new year.

If you have a love of sports and want to work in and around medicine, Sports Rehabilitation could be the perfect degree for you to study. You could be helping world class sports people manage their regimes and assist in injury rehabilitation, letting them get back to their business of thrilling crowds with amazing displays of athletic ability.

Learn more about BSc Sport Rehabilitation at the University of Bolton and find out how you can apply now.