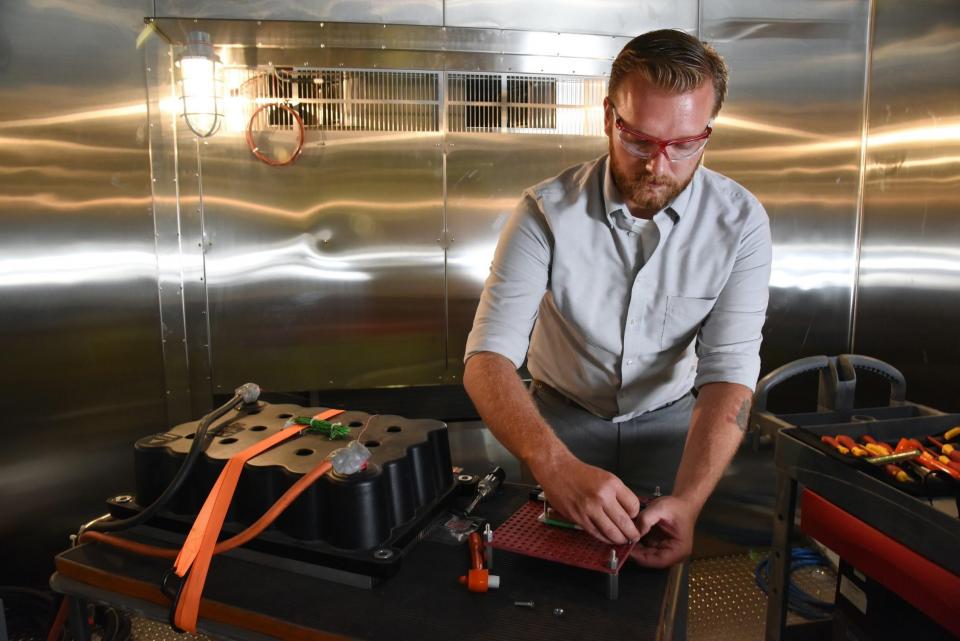 We work hard to create a positive learning environment for you, and our award-winning student services and dedicated Employability Team will support you through your degree and into a career you’ll love.

Electrical Engineering is one of the relatively younger categories of engineering. We’ve been building machines and structures for thousands of years, but electricity has only really been around in a useful way for a few hundred years.

Would you believe that for hundreds of years people thought electricity was a funny old thing without any real use? It wasn’t until the 1600s that we started to investigate it seriously, and it wasn’t until even the late 1700s, when Benjamin Franklin performed experiments, that we even knew lightning was electricity.

Fortunately, we quickly got the right idea and through the 18th and 19th centuries there was incredible progress in electrical engineering. Galvani discovered bioelectrical magnets, Volta created the first battery, Ampere delved into electromagnets and in only 1821, Faraday invented the first electric motor.

Those names may ring a bell because they now form the very units we use to measure all things electrical. Volts? Amps? The Faraday constant? One of the cool things about inventing world changing technology is you often get to put your name on it. Quite a career, right?

Moving forward in time, the late 1800s brought about the legendary “War of the Currents” between Thomas Edison and Nicola Tesla. It’s hard to imagine that a battle over the supremacy of AC vs DC currents would attract public fascination, but such were the times that huge popular events were put on to showcase their inventions.

It was probably one of the earliest examples of a great celebrity feud, and although Edison eventually won, arguably Tesla’s name is the more famous today. Elon Musk famously borrowed the great name for his pioneering electric car brand, which happens to be a great example of where electrical engineering is focussed in the modern world.

Could you be the person to invent the next generation battery? If you needed an incentive, as mentioned you can probably name it after yourself. And if that’s not enough, the first person to successfully do this will probably be the richest person in history.

The University of Bolton offers you a fabulous opportunity to pursue an Electrical and Electronic Engineering degree in its state-of-the-art School of Engineering. Our programme is one of the most advanced and highly-recognised courses available, with accreditation from the Engineering Council and the Institution of Engineering and Technology.

The University of Bolton offers one of the best student experiences in the UK. Ranked 1st in the North West for Student Satisfaction in the Complete University Guide for the last three years, and Top 5 in the UK for Teaching Quality in The Times and Sunday Times Good University Guide 2020, we put our students first.

Learn more about BSc Electrical Engineering at the University of Bolton and find out how you can apply now.