Criminal Justice: What is a Modus Operandi?

You’ve probably heard a detective or police officer in TV or film refer to an “MO” when investigating a series of crimes by the same offender, but what does the term “modus operandi” mean? It’s a term that comes up not just in investigations, but also in legal proceedings, and is an important part of identifying criminals. So what is an MO? How does it impact the way that we look at the world? It’s important to understand, especially if you’re considering embarking on a legal career, so let’s explore the topic. 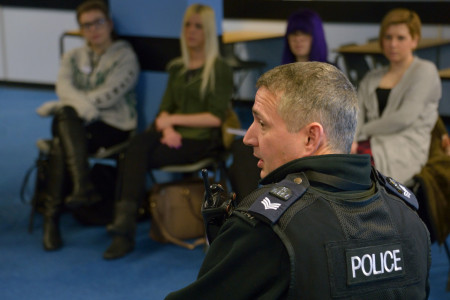 What is an MO?

The modus operandi, a Latin phrase meaning “mode of operating”, is an identifying characteristic or behavioral pattern that we use to identify somebody through the way they commit a crime. It’s how investigators begin the luminary process of narrowing down the field of potential suspects based on whether or not the details of the crime fits their “modus operandi”.

There are some cases where the MO is so distinctive and unique that it is the only evidence required to identify who committed the crime.

The great thing about an MO is that we can use it to identify different crimes which may be connected. And in some cases, there can be very few connections between different crimes besides the MO. There are a few specific types of modus operandi that are related to identifying these important patterns of behaviour.

Any recognisable pattern of physical evidence could be identified as an MO. For example, a criminal might break into a specific type of lock or window in a certain way, leave evidence of particular behavior that seems unusual or notable, or leave or take some specific item from a crime scene.

There are many clues which are purely psychological in origin, and they do point towards a wide range of different situations. For example, it may point to a certain situation where a killer is more likely to commit a crime based on a certain profile of victim, or while in a particular emotional or psychological state.

Sometimes, the modus operandi is geographical in origin. This means that the killer only commits crimes within a certain geographical location, making it easier to narrow down whether it’s the work of the same person. While sometimes this can be used to pinpoint the location of an offender with alarming accuracy, it can also be the most likely to change. 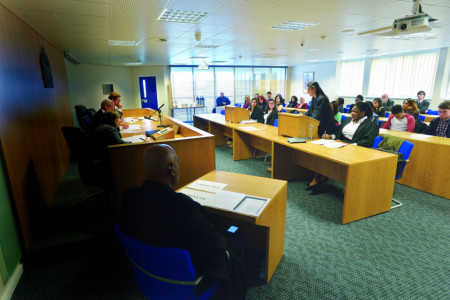 The temporal clues are based on when the crime is committed, as well as whether or not the killer has a history of committing crimes at a certain point. Humans love pattern and tradition, and some people commit crimes on particular holidays. There are some types of criminals who wait a certain number of years before repeating a crime that relate to their personal experiences, and can only be deduced by observing their pattern.

Why is the MO Important?

The MO is an important part of any investigation because it points towards certain criminals  who have returned to commit repeated criminal acts. By being able to match up crimes to a certain person, investigators can save a lot of time and potentially prevent other victims from suffering a similar fate.

Modus Operandi won’t be the only Latin phrase you’ll encounter while studying towards a Law degree at the University of Bolton. You can find out more about our range of undergraduate and postgraduate law degrees here.

How to gain legal experience while studying law

How the Legal Profession is becoming more diverse